AMAN launches No to Wasta and impunity campaigns

The Coalition for Integrity and Accountability AMAN has launched the No to wasta and no to impunity campaigns in the run up to International Anticorruption Day (9 December). International and local research has consistently pointed to the widespread manifestations of wasta (favouritism) and nepotism in Palestine.

These phenomena fester in the shadow of a lack of accountability and ability to prosecute such crimes with gaps in the Palestinian legal system. In the past two years, corruption has also infested the food and pharmaceutical sectors affecting the wellbeing of the Palestinian citizen with the proliferation of expired products flooding the market and with manufacturers escaping the full force of the law due to the same existing gaps. AMAN (Transparency International Palestine) has focussed its efforts this year in collaboration with other civil society organisations on campaigns that curb practices of nepotism and prosecuting those who are corrupt. 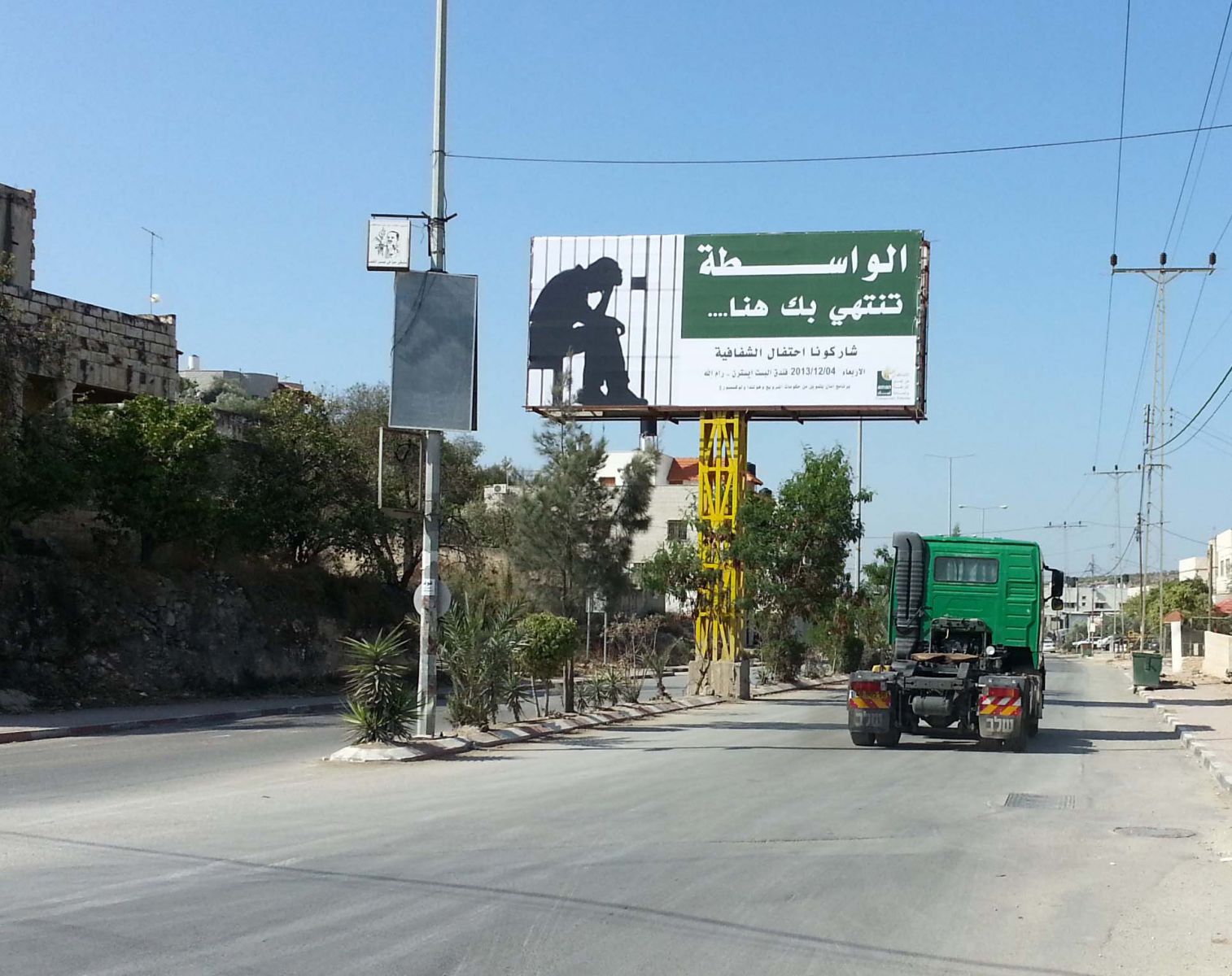 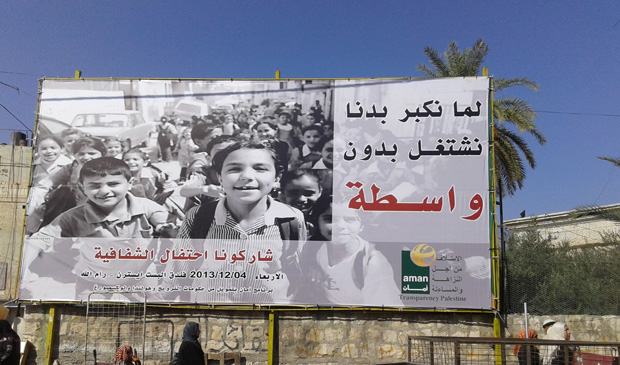 The campaigns which will run throughout the Palestinian territories aim at raising awareness across a broad section of society to highlight the harmful effects of corruption and how service delivery is affected and equality compromised when favouritism is ever present. Further, through a series of concerted advocacy campaigns AMAN is targeting and pressuring politicians and lawmakers to reform the legal system and prosecute corrupt drug and food manufacturers who saturate the market with expired products. In the coming days, AMAN will be embarking on a petition drive in various Palestinian cities urging citizens to participate in the call to implement codes of conduct in public services.

Through this grassroots campaign AMAN is demanding accountability of those who hold public office. In partnership with civil society organisations AMAN is embarking on 17 projects in the West Bank, Gaza and Jerusalem aimed at shedding light on the crimes of nepotism and the impunity of escaping prosecution for grand corruption. Utilising the arts the campaigns will combine theatre, song, posters, billboards, television advertisements, seminars in schools, universities and youth centres all with the explicit aims to raise awareness and engage a large cross section of Palestinian civil society about the scourge of corruption and how to effectively combat it.