Condemnation and Condolences for Mr. Issam Younis, Board Member of AMAN 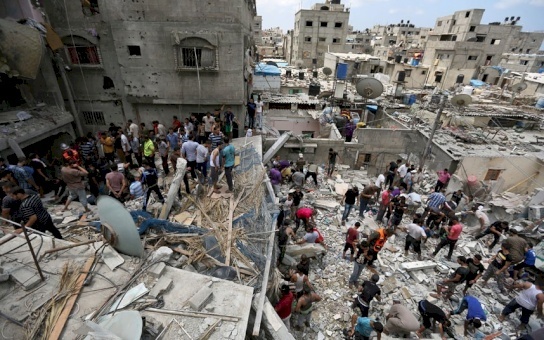 Today, we are particularly saddened with the tragedy of Mr.  Mr. Issam Younis, Board Member of AMAN, who lost his father Hassan Younis (75 years) and his stepmother Amal Younis (74 years).  The two martyrs were victims of the shelling that targeted several houses  in the Tel Sultan neighborhood West of Rafah- southern Gaza Strip on Wednesday, August 20, 2014.

The attack also left a large number of martyrs, some of whom are still under the rubble, and more than 30 civilians who were severely injured.
As our heartfelt condolences go out to Mr. Issam Younis and his family during this difficult time, we appeal to the international community to intervene to stop this continued blatant aggression on the innocent civilians.

This recent tragedy is an addition to a series of grave human losses suffered.  At the earlier stage of this assault on Gaza, our colleague Rami Wahdan in Gaza lost several members of his family during an Israeli raid on the family home.