Integrity and Anti-Corruption in Palestine 2013 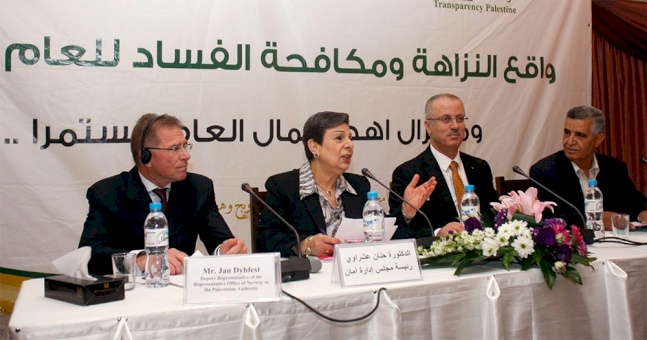 Conclusions of Integrity and Anti-Corruption in Palestine 2013 report:

• Not much progress in the implementation of the integrity and anti-corruption work based on the endorsed national plan in which several parties were to participate, including governmental bodies, relevant civil organizations, the National Team for Corporate Governance of the private sector, and the Anti-Corruption Commission.

• The ACC needs to take measures to expedite the process of reviewing submitted grievances, and find a way to communicate with plaintiffs to keep them apprised of progress in their cases in a way that does not jeopardize the investigation. It also needs to implement court principles and procedures as described in the anti-corruption law in various courts while guaranteeing fair trials.

• Impartial studies conducted by AMAN indicate that the political division and the resulting politicization of public positions, particularly in high-ranking posts, is giving opportunity for exploitation and corruption among influential politicians.

• The right to information: many officials are disregarding the people’s right to access public records and non-confidential or personal information.

• Ignoring the provisions of the various codes of conduct, particularly the ones dealing with conflict of interest before or as soon as it arises, has given some individuals opportunities for illegal gain because there are no clear regulations that could be followed to preserve integrity.

• Factionalism undermines the National Integrity system (NIS): the study assessing integrity within political parties and factions revealed reluctance in battling corruption and bolstering integrity. Opinion polls on the issue of corruption conducted by AMAN and other organizations also indicated that most political parties give priority to factional interest over public interest, and that they do not seriously attempt to prevent misappropriation or waste of public funds.

• The Judiciary undermined the system of accountability: many recommendations for reform in the Judiciary were submitted by local groups and supportive international organizations. These recommendations were made to promote good governance and accomplish security and justice.

• Israel looting Palestinian public funds: impartial data collected by AMAN indicates that Israel continues to loot Palestinian public funds amounting to hundreds of millions of Shekels because of the absence of transparency in clearing bills. This means Palestinian officials are not taking any serious measures to eliminate this problem even though it has been pointed out in many previous reports.

• Local Government Units (LGUs) need intervention: reports issued by the (SAACB) as well as reports from the Anti-corruption Committee state that suspending elections in LGUs, compounded by absence of societal supervision and a indistinct mechanism for holding local officials accountable, in addition to the absence of transparency and codes of conduct in different areas of their administrations, has given rise to corruption in some local bodies, which requires intervention with special plans to promote transparency.

• The fiscal budget of the Security sector needs rationalization of expenditures: the budget for the enormous security expenditures, most of which are for salaries, is still being debated. The concerns are over the justification for the excessive expenses as well as the issue of factionalism and transparency in the disbursement of these funds.

• Exceptions: some officials are granted the power to make unilateral decision in various areas of public affairs, which is a fundamental breach of the principals of equity and equal opportunity. These exceptions were exploited in granting promotions for certain people, allowing illegal and unjustifiable insurance coverage for medical treatment outside the country for others, and not respecting the Law of General Tenders by  some official institutions .

• Jerusalem first: the PA does not have a clear work plan for Jerusalem and its citizens. It seems to be improvising and making random decisions. This method of operation is at the root of the turmoil over the PA’s policies on the issue of Jerusalem and what it requires of the Ministry for Jerusalem Affairs to do for that matter.

• The Ministry of Awqaf (Endowments) and Religious Affairs, outside the realm of accountability: the Ministry does not submit any periodical reports to the Cabinet regarding the "Waqf " estate, or reports on the revenues, profits or investments related to these properties; and its bank statements showing revenue from these properties are not audited by the Ministry of Finance. 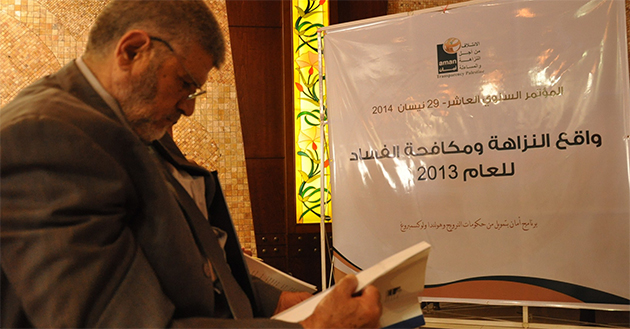