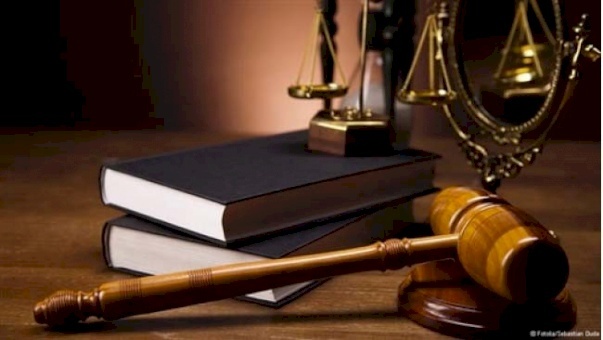 The Coalition for Accountability and Integrity – AMAN appealed to the Palestinian government to organize a thorough discussion of the amendments proposed by the Anti-Corruption Commission to the Anti-Corruption Law No 1 for the year 2005. The proposed amendments raised substantial remarks, which should be discussed in public consultations in order to produce a more solid law that is acceptable to the community. The purpose of the discussion is to avoid any halting of its enforcement, as was the case with Law Decree No 14 for the Year 2016, amending the Anti-Corruption Law, which was suspended only a few weeks after its entry into effect.

In an urgent letter sent to the President and members of the Palestinian Ministerial Council, and to the President of the Anti-Corruption Commission and the Legal Advisor to the President, AMAN Coalition expressed its keen interest to enhance the quality of the Palestinian legal framework for combatting corruption – AMAN’s area of expertise. The Coalition had participated in the drafting of Anti- Corruption Law No 1 for the year 2005 and its subsequent amendments. The letter emphasized the importance of public participation in the legislative process in application of the “good legislation” democratic concept. Such step is conforming to the United Nations Anti- Corruption Agreement, which reiterates involvement of the civil society and the public at large in anti-corruption efforts. This is mainly achieved via partnership in drafting the anti-corruption legislative and regulatory frameworks.

In its concept paper on the proposed draft law, AMAN stated that it agreed with most of the proposed amendments since they were consistent with the specialized researches, reports, studies and legal reviews submitted by the Coalition for Accountability and Integrity with specific proposed amendments to the effective Anti-Corruption Law. However, it also noted that some articles and lacuna require serious consideration and community consultation in order to concord to the requirements of the UNI Anti-Corruption Agreement. Palestine has adhered to this Agreement and is therefore bound to implementing its provision in accordance with best international practices in the anti-corruption efforts. The paper also noticed that some articles were inapplicable on the ground for reasons of unclear legal drafting or inconsistency with the Palestinian local environment and legislative system. Some of the articles - unjustifiably and unnecessarily - expanded the mandate of the Anti-Corruption Commission, which would produce a counter effect and undermine anti-corruption efforts and community participation. Furthermore, the proposed draft lacked paramount amendments to the 2005 Anti-Corruption Law including articles on special pardon and severity of penalties against some forms of corruption.

Agreed Upon Amendments in the Proposed Draft Law Decree

The proposed amendments addressed many gaps in the law in force, especially as relates to adaptation to the UN Anti-Corruption Agreement and removing ambiguity in some articles. The key agreed upon amendments include: incrimination of failure to disclose conflict of interest: the quasi legislative vacuum on this matter made it a major source of corruption; incrimination of obstruction of justice in corruption cases, which will reduce impunity; incrimination of abuse of trust when committed by individuals, subject to the provisions of the law; providing specific definitions of the offenses covered by the law, mainly illicit gain, misuse of authority, abuse of influence. Furthermore, the amendments repealed unclear crimes (like jeopardizing public funds) and offenses against public trust as well as offenses related to public servants. Such offenses, as stipulated in the current law, represent a violation of the due process of indictment and sanction. Additionally, the penalty on nepotism and favoritism was mitigated from criminal sanction (imprisonment of 3 – 15 years) to a misdemeanor (imprisonment up to two years). Consequently, penalties to this offense becomes applicable on the ground. This was confirmed in a study carried out by AMAN on the key reasons behind lack of prosecution in offenses of nepotism and favoritism in Palestine, namely overly severe punishment. The proposed amendments also stipulate for procedures of protection of individuals reporting corruption, detailing personal, legal and professional protection as consistent with UN Agreement. As a result, protection of informants is clear, specific and implementable since the new draft incriminates any attacks against individuals reporting on cases of corruption. This key guarantee is lacking in the current law. Furthermore, the law stipulates for possible awards to persons reporting on corruption, which acts as an incentive to report. This also conforms with best international practices. The law limits the extent of taxpayers requested to submit financial/fiscal clearance declarations to enable the Anti-Corruption Commission follow up on these declarations. However, a gap remains since this restriction does not extend to small civil societies like small-sized clubs and associations, which are quite prevalent in Palestine. The proposed legislation refers to money-laundering as offenses related to the crime of corruption only, which represented an overlap in the current law – which does not quite apply the concept of corruption as crimes related to abuse of position and influence to realize a private interest. In addition, the proposed legislation provides for subjecting all entities receiving funds from the PNA to the Anti-Corruption Law. It confirms abolition of any official decisions issued as a result of an act of corruption as defined in applicable Palestinian laws. It further provides for specialized courts to try cases of corruption and stipulates for the establishment of an appellate to review challenges/ appeals submitted in cases of corruption. It reiterates expedite enforcement of judgments in cases of corruption to minimize impunity. For this purpose, it stipulates for instant and prompt presentation of pleas to avoid any stalling or delay of cases in courts. The legislation also stresses expedite court procedures to avoid any delay on courts. It finally confirms the penal liability of legal personalities in crimes of corruption.

Restricting report to the Commission jeopardizes the holistic concept of reporting. For instance, this may include reporting to the official agency in which corruption takes place (Complaints Departments) or Head of Government Department in the event it is a servant reporting on another servant or on his/her supervisor, or reporting to the State Audit and Administrative Control Bureau (SAACB), or to General Personnel Bureau or to financial and administrative controllers. Reporting can also be made to relevant civil society organizations. The individual reporting on corruption must be exempted of the obligation to report to the Commission itself, especially when it is not clear if the offense committed is a form of corruption, as defined by the law. It may be difficult for ordinary citizens to differentiate regular offenses from acts of corruption

Limiting protection of witnesses to the Anti-Corruption Commission:

This restriction is not consistent with the philosophy and justifications explained in the previous paragraph on the one had. They do not comply with best practices on the other (Guide to Reporting on Corruption – Transparency International, 2015).
The draft law also includes abuse of influence as a form of corruption, but does not differentiate it from abuse of position – as defined in applicable laws, and misuse of authority. Definitions to the offenses are similar. On the other hand, the definition is similar to the crime of bribery. Proper criminal legislative drafting requires clear definition of the offenses in a manner that is not liable to interpretation or confusion, but the drafting is flowed and cannot be accepted.


Mitigation of Penalty on abuse of influence:

abuse of position and misuse of authority to a misdemeanor although this contradicts with the principle of application of severe punishments in cases of corruption crimes, as per requirements of UN Anti- Corruption Agreement.

Confusion about the definition of “conflict of interest”:

the definition used is inaccurate whereby a conflict of interest is a phase that precedes the rise of a personal interest for the employee. When the employee is affected by the personal interest, the act of crime is complete. This may include nepotism, abuse of power or position. A clear definition of conflict of interest bust also clarify terms like “possible effect” or “affected” or “may be affected instead of “affected”.

Persisting on the Anti-Corruption Commission’s role in formulating the national anti-corruption policy:

We consider this a monopoly by ACC in devising the national strategy although the promulgation of national policies and plans is the mandate of the government according to the Basic Law. Furthermore, rationale and successful international experiences showed that full partnership of all national sector is required to involve all public, civil and public sectors. On the other hand, in the phrase in Article 8.6 of the original law: “ensure implementation of the national anti-corruption strategy”, it is not clear if this includes sentencing the parties that fail to apply the strategy.
On another note, the draft law stipulates for unjustified rise in the pay and allowances of staff of the Anti-Corruption Commission, especially employees in posts that are not at high risk of corruption, including support and administrative staff. We do not see any reason to raise their pay to a scale that is higher than the one stipulated in the civil service law.

since ACC’s mandate is sensitive and to ensure its independence, it should not be allowed to accept any aid or donations, even when unconditional.

Amendments needed to the Anti-Corruption Law No 1 for the Year 2005, but were not addressed by the proposed amended draft

Punishment to offenses of bribes, embezzlement and abuse of public position was not harshened and the offenses are treated as misdemeanors (with punishment of imprisonment of no more than three years). These offenses should be treated as criminal offenses and be liable to imprisonment of three to fifteen years, as per requirements of the UN Anti-Corruption Agreement. Furthermore, ACC is deemed the sole address to file suits of corruption before the judiciary, which undermines the constitutional mandate of the public prosecution to seize and file cases of corruption before courts. It is necessary to reiterate that the anti-corruption prosecution is a specialized prosecution, similar to other specialized prosecutions like the criminal crimes prosecution, juvenile and family prosecution, etc. The stipulation of commissioned prosecution should be amended in order to avoid jeopardizing the unity of the public prosecution and to avoid any rise of differences or problems among members of the public prosecution – mainly oversight entities – or unjustified jeopardy to their financial rights.  Stipulate for illegality of special pardon in cases of corruption: although one of the requirements of the UN Anti-Corruption Agreement is to avoid that special pardon leads to non-prosecution of the corrupted persons. Furthermore, private corporations running public utilities (like electricity and telecommunication companies) are not subjected to the Anti-Corruption Law although they provide public services and subsequently enjoy influence. In case of abuse of influence, the act must be deemed as an act of corruption by management or staff of these companies. It is also necessary to deem financial statements of senior officials subjected to this law (President, Prime Minister, Ministers, PLC members, Heads of public organizations, governors and heads of parties and labor unions) as public documents disseminated to the public on ACC website. This can represent a preventive measure, which enhances the public capacity to report on cases of corruption. It is further consistent with international best practices. On another note, it is necessary to incriminate the non-reporting of corruption and specify applicable sentences. This is one of the guarantees of reporting that the current law does not cover. It is necessary to adopt the principle of openness and disclosure in prosecution of cases of corruption that interest the public opinion. This entails revealing public information relevant to important cases of corruption without jeopardizing the confidentiality of details of the interrogation or the presumption of innocence of the suspect until proven guilty. This is applicable in international best practices (including Algerian Law of 2005).