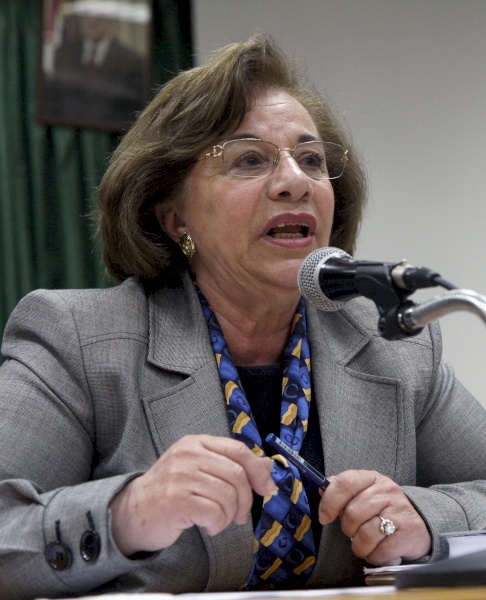 Lamis M Al-Alami, a Jerusalemite, holds a Masters Degree in English Literature and Language from the American University of Beirut. She obtained a second Master’s degree from the University of Edinburgh, Scotland.

Al-Alami served as Dean of UNRWA Women’s Education Sciences Faculty in Ramallah. She was then appointed as Chief Field Education Officer/UNRWA. She was then asked to be the Director General of the Palestinan Independent Commission for Human Rights until 2007 when she was appointed Minister of Education and Higher Education for the Palestinan emergency government, and continued to hold this post until June 2013.

She was appointed a member of the Central Elections Commission (CEC) in 1996 and until she became minister and re-appointed as CEC commissioner on June 13,2018.