ARAB UNIVERSITIES MUST ADMIT THE COST OF CORRUPTION 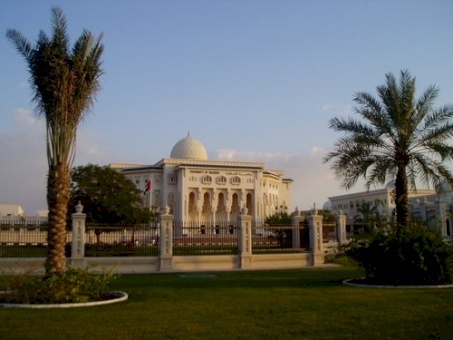 This article by Elizabeth Buckner orignally appeared on Al-Fanar Media, a website featuring news and opinion about higher education within and beyond the Arab world.

A report released by Transparency International, “Global Corruption Report: Education,” is the first report by the organization examining corruption in education. But the report hardly covers the issue at Arab universities.

Image: Creative Commons, Flickr / AlyssaGBernsteinThis is certainly not because corruption doesn’t exist in the Arab world. In fact, we know that corruption in the region’s universities affects admissions, grading, and administration. Arab universities must acknowledge the hidden costs of corruption – which often involves giving those with better connections, more money or certain family names privileged access to universities and higher grades. Corruption undermines the legitimacy and meritocracy that universities claim to provide.

University admissions is an area that is particularly ripe for corruption. In many countries, students use their family connections to win scarce seats in specific university programs. Once, as I waited for an appointment in the Jordanian education ministry, ten men in the lobby were also there trying to get a minute or two with the minister to discuss the situation of family members.

Cheating on exit exams is also part of the corruption chain. Although blame for cheating often falls on individual students and families, in a well-researched piece of investigative reporting on cheating on the Jordanian tawjihi (secondary exit exam), Mosaab Al-Shawabkeh, in an article published on the website of Arab Reporters for Investigative Journalism, finds that many education officials turn a blind eye to cheating. He found that one of the young people selling responses to the exit exam was the son of a high-ranking official in the Ministry of Education. These cheating rings allow some students to gain unfair access to university and create tension, since students with lower qualifications gain admission alongside peers who were accepted without cheating.

Grading is another area that is ripe for corruption. In fieldwork I conducted in Syria, students would often complain of egregiously unfair treatment on the part of professors. Some complained that some professors treated students of different genders completely differently — passing beautiful females while failing all male students, regardless of their actual performance. Others told me that professors would sometimes choose to fail all their students, seemingly on a whim.  When students do not associate good grades with hard work, the incentive to master the material withers.

Professors can also be the targets of pressure. In Saudi Arabia, many faculty members, including international faculty, are pressured to pass students who have clearly failed. In fact, I have heard of professors whose jobs were threatened if they failed to pass students with connections.

The privatization of higher education may be exacerbating this trend. Professors at some private universities in Jordan have told me that although they would like to give students lower grades, they are pressured by their administration to pass a certain percentage of students. After all, the rationale appears to be, these students are paying to study, and the university needs their tuition!

When students can pass without learning, the value of their degree becomes meaningless. Universities will find it difficult to attract professors who care about good teaching and who want to hold students to rigorous standards.

University administrators are also susceptible to corruption. In Jordan, Mutah University students who were suspended from university for instigating violence in 2011 were allowed to return the next year due to connections with university administrators, as I reported in Sada. The students then went on to cause another brawl in 2012 that was linked to an accidental death. In Jordan, campus violence is rampant and often considered a problem that has gotten out of control. But many universities have been able to completely rid themselves of the problem due to strict administrative policies. It is not a stretch to argue that campus violence in Jordan, which can be quite costly to universities due to property damage, is in large part related to corrupt admissions and administrative practices.

Universities are huge employers in the region – and corruption is rampant in hiring practices in some nations. Political pressure to hire employees is a very real and expensive cost for universities. In a time of declining university budgets in Jordan, elected representatives often pressure universities to hire employees as a type of political patronage. A former dean at a university that is located in the desert told me that the institution was required to have 800 gardeners on the payroll. In other countries, I have heard of professors without the proper qualifications being hired due to their connections rather than their expertise.

At the same time, we must recognize that Arab countries are doing a great deal to minimize corruption. Some educational policies that have required separation between ownership and administration of private universities have helped to minimize corruption by preventing the profit motive from dominating the running of the universities. But, there is still work to be done. Corruption is costly for universities – literally and figuratively. Not only does it undermine learning, and the integrity of the university’s core mission of teaching, but in some instances it also costs universities real money, through expenses such as imaginary staff salaries.

This year’s edition of Transparency International’s report skipped lightly over the Arab world, but as policymakers push to seek greater efficiency from universities and Arab journalists with their newfound freedom begin to turn their attention to education, the corruption that exists will be exposed. University administrators would be wise to bear that in mind.

Elizabeth Buckner is a Ph.D. candidate in international and comparative education at Stanford University Graduate School of Education. She was a Fulbright Grantee to Morocco in 2006, and has researched higher education in Jordan, Tunisia, Morocco and Syria, as well as working, teaching, and studying in those countries.

**The published articles and opinions express the opinion of their owners, and do not necessarily express AMAN's opinion
Latest releases