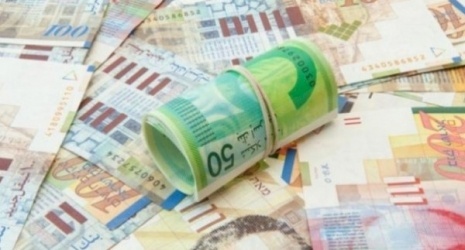 Ramallah – In a rennet statement, the Civil Society Team for Enhancing Public Budget Transparency asserted that changing decisions on the receipt of clearance revenues was uninformed, reflecting misguided public financial management and relations with the Israeli occupying authorities. In addition to failure of public debate on this issue within an institutional framework, an ineffective role of the Ministry of Finance undermines trust and confidence between citizens and the government. The Team also stressed the need to make talks officially and publicly available by a single and clearly defined government body. The mechanisms for managing this file need to be delineated.

The Civil Society Team for Enhancing Public Budget Transparency reported that the statements made by Mr. Hussein al-Sheikh, Chairman of the General Authority of Civil Affairs, on the activation of joint committees should not provide the ground for the illusion of subsequent achievements. Due regard should be given to the meetings on electricity. In view of absent governance rules between the parties, the Israeli occupying authorities have imposed their own conditions on Palestinians. Israel has the power to veto any decision or modification of a decision.

The position of the Civil Society Team for Enhancing Public Budget Transparency was triggered by statements reported early this month that an agreement had been made to receive NIS 1.5 billion in exchange for activating joint committees to discuss all issues. Despite the fact it was the underlying cause of the crisis, the issue of prisoner allowances would continue to be under dispute.

The Palestinian Authority (PA) decided not to receive incomplete clearance revenues after the Israeli occupying authorities had seized and frozen a total of NIS 502 million, claiming that this amount was paid by the PA to prisoners in 2018. This decision was based on the PA’s right to freely dispose of Palestinian funds. Prisoner allowances would never be compromised. Against this background, the PA did not receive any clearance revenues between March and August. Many measures were taken to manage the financial crisis. These measures were only limited to domestic tax collection, which comprised less than 40 percent of the budget. First and foremost, just 50-60 percent of the public sector wage bill was paid.

In a press conference held in August, Mr. Shukri Bishara, the Minister of Finance, announced that, towards October, the Palestinian government had received NIS 2 billion for fuel tax since the beginning of the clearance revenue crisis started (i.e. a period of eight months, including three months in advance). “The Palestinian and Israeli Ministries of Finance agreed that the PA would purchase fuel at its original price without paying the blue tax (fuel tax),” Mr. Bishara stated. However, an agreement on implementation mechanisms was not reached in view of a transition period between an outgoing and an incoming government in Israel. More recently, however, the Chairman of the General Authority for Civil Affairs released the announcement on the complete receipt of clearance revenues. Palestinian citizens, who have been entirely eliminated from this showdown, are surprised and left wondering about this sudden change in decision making.