AMAN commends the new amendments to, and looks for expedited compliance with, the Anti-Corruption Law 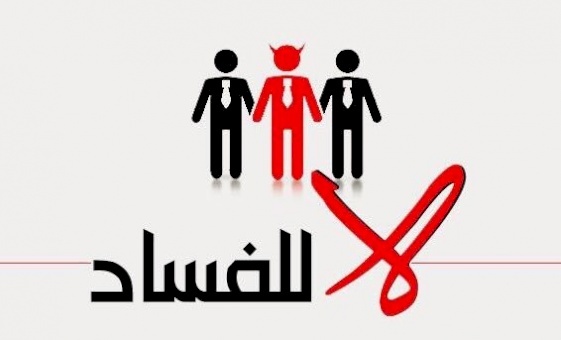 AMAN calls on the Council of Ministers to nominate an independent, impartial, competent and professional chair of the Palestinian Anti-Corruption Commission

Ramallah – The Coalition for Accountability and Integrity (AMAN) issued a statement, commending the Law by Decree No. 37 of 2018 Amending the Anti-Corruption Law, which was promulgated on 8 November 2018 and published in Issue 149 of the Palestinian Official Gazette. According to AMAN, the amendments herald a new chapter in the Palestinian legislative framework for the fight against corruption. Over almost nine years, actual experience and application have shown that the old Anti-Corruption Law was in need of substantial amendments. In addition to ensuring consistence with international best practice, the Law should be aligned with the requirements set by the United Convention against Corruption (UNCAC). The provisions of the Law should also be applicable on the ground. In particular, the legislative drafting of some provisions of the Law was unclear and incompatible with the local Palestinian setting.

AMAN stated that most of the new amendments were consistent with the Coalition’s recommendations, provided by relevant research papers, reports, studies, and focused legal reviews.

In its statement, AMAN highlighted a number of agreeable amendments under the Amended Law by Decree. Of these, the Law by Decree incriminates failure to disclose conflict of interest cases, obstruction of justice in corruption cases, and misappropriation by persons subject to the provisions of the law. Specific definitions of the crimes prescribed under the Law by Decree are provided, including illegal gains, abuse of power, and trading in influence. The amending Law by Decree abolishes vague crimes, such as encroachment on public funds and breach of public trust. According to the Law by Decree, some crimes committed by public sector staff constitute a key violation from the perspective of criminal and penal legislation.

AMAN also commended the Law by Decree, which provides that the chair of the Palestinian Anti-Corruption Commission (PACC) will perform his functions on a fulltime basis. To avoid conflict of interests, the PACC chair may not assume any other tasks, positions, or functions beyond his work at the PACC. The penalty prescribed for favouritism and nepotism practices is reduced from a crime (imprisonment for a term of three to 15 years) to a misdemeanour (imprisonment for a term of up to two years), ensuring the applicability of this penalty on the ground. The Law by Decree removes the confusion surrounding the crimes of favouritism and embezzlement. This confusion was a result of an erroneous definition of favouritism under the old Anti-Corruption Law. In addition to establishing the procedures for protecting whistleblowers, the Law by Decree incriminates assaults on, and provides for the potential rewarding of, whistleblowers. The categories of persons required to submit financial disclosure statements are narrowed down, allowing the PACC to follow up on these statements. Money laundering offences, which are only associated with corruption crimes, are identified. All bodies that receive support from the Palestinian National Authority’s budget are subject to the Anti-Corruption Law. According to effective Palestinian laws, any official decisions resulting from acts of corruption are revoked. For example, appointments made by way of favouritism or nepotism are abolished.

AMAN commended the amendments, which highlight the principle of a specialised justice system for corruption cases. To this avail, the Law by Decree provides for establishing an appellate body to consider objections filed in corruption cases. It also stresses the principle of summary enforcement of court decisions on corruption cases, putting an end to impunity. All defences will be submitted at once to avoid postponing or prolonging litigation procedures before corruption courts. Summary proceedings will be applied by courts, warding off procrastination before these courts. Juridical persons’ criminal liability for corruption crimes is established. The Anti-Corruption Prosecution is a specialised prosecution office just like others, including the Economic Crimes Prosecution and Juveniles and Family Prosecution. The notion of assigned prosecutors has also been modified to maintain unity of the Public Prosecution and avoid breaching the constitutional right of the Public Prosecution to initiate public proceedings.

AMAN does not approve of some amendments, however. The Law by Decree provides for reducing the term of the PACC chair form seven to four years, which is renewable only once. This is one of the most dangerous provisions under the amending Law by Decree. It impinges on the concept of immunity given to the PACC chair. Currently, given that the Palestinian Legislative Council (PLC) is out of session, the PACC chair might seek to satisfy superior officials in an attempt to renew his/her term. Additionally, reporting of corruption should be addressed to the PACC only. This restriction limits the board concept of the reporting process. A whistleblower who reports an act of corruption to the government body (e.g. complaints departments), where corruption is committed, should be relieved from reporting to the PACC. This also involves a civil servant who reports an act of corruption committed by another employee or by their superior manager to the relevant head of government body. The process also covers reports to the State Audit and Administrative Control Bureau, General Personnel Council, Public Prosecution, financial and administrative controllers, and relevant civil society organisations. This is particularly the case when a reported irregularity is not clearly identified as a form of corruption under the legally prescribed definition. In this context, ordinary citizens might find it difficult to distinguish common irregularities and acts of corruption. Some complaints take an excessively long time by the PACC to be approved as suspicions of corruption and remitted to the Anti-Corruption Prosecution. Furthermore, the said restriction is not consistent with the philosophy and justifications mentioned above, nor is it compliant with relevant best practice (Transparency International’s 2015 Guidance Manual on Corruption Reporting).

AMAN stated that, contrary to the UNCAC requirements, reducing the penalty for the exploitation of official influence, investment of public office, and abuse of power to a misdemeanour runs counter to the need to aggravate penalties for corruption crimes. At the same time, the definition of “conflict of interests” continues to be confused. Under the Law by Decree, this definition is imprecise given that a case of conflict of interest takes place before a civil servant is influenced by their own interest. Such influence might turn into an actual crime when a civil servant is involved in an act of favouritism, exploitation of official influence, or investment of public office. For an accurate definition of conflict of interest cases, the Law by Decree should have used the phrase “potential influence”, rather than “influence”, or “may be influenced”, rather than “is influenced”.

Additionally, AMAN stressed the role the PACC plays in developing the National Anti-Corruption Strategy. The Coalition is of the view that the PACC monopolises strategy compilation process. According to the Basic Law, however, the government is competent of approving national policies and plans. Common sense and successful international experiences demonstrate that an integrated partnership should involve all relevant national sectors, including civil society and private sector. Also, the fact that the PACC is allowed to receive unconditional donations and aid might undermine the Commission’s operations and absolute independence. Hence, the PACC may not receive any assistance or donations, even if these are unconditional.

AMAN was surprised that the Law by Decree enters into force four months from the date of promulgation, i.e. on 8 March 2019. It is feared that the reason behind this is personal and associated with the term of the current PACC chair. This confirms the validity of the phrase we have frequently cited: “Legislation is tailor-made to suit officials.”

AMAN demanded that important and needed amendments should not be neglected in the future. For example, in compliance with the UNCAC requirements, the penalties prescribed for the crimes of bribery, embezzlement and investment of public office should be aggravated and upgraded from misdemeanours (imprisonment for a term of up to two years) to crimes (imprisonment for a term of 3 to 15 years). Special pardon in corruption crimes will also be subject to stricter conditions. It should be noted that, according to a requirement highlighted by the UNCAC, special pardon does not preclude holding corrupt individuals to account. Private companies that manage public facilities (e.g. electricity and telecommunication companies) will be subject to the Anti-Corruption Law. The fact that they manage public establishments and deliver public services render these companies influential. If exploited, this influence will be viewed as a corruption crime committed by relevant company managers and staff. Financial disclosure statements, which are required by senior officials subject to the law (the President, Prime Minister, ministers, PLC members, heads of public institutions, governors, leaders of parties, and chairs of trade unions), need to be accessible and publically available on the PACC website. In conformity with relevant international best practice, this consolidates preventive procedures and promotes community oversight and citizens’ ability to report acts of corruption.

In addition, AMAN stressed the need for incriminating and prescribing a penalty for failure to report corruption. This is one guarantee for corruption reporting, which the Law by Decree does not provide for. The principle of openness and disclosure need to be embraced in the prosecution of corruption cases that raise serious questions for public opinion. Public information relating to key corruption cases will be disclosed, without compromising confidential details of investigations and without prejudice to the presumption of innocence. This practice is applicable in international best practice; e.g. Algerian Law of 2005.

AMAN concluded its statement by calling on the Council of Ministers to nominate a new PACC chair in due form. The chair’s characteristics and qualifications must be grounded in independence, integrity, competence and professionalism. Political or any other unprofessional considerations must be eliminated, ensuring the appointment of an independent and strong personality, which this important and crucial position requires.