AMAN publishes its report on ‘Integrity, Accountability and Transparency in the Palestinian Monetary Authority’ 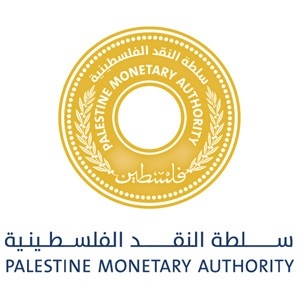 Ramallah – The Palestinian Coalition for Integrity and Accountability (AMAN) published a report on “Integrity, Accountability and Transparency in the Palestinian Monetary Authority”, which provided specific recommendations to the Ministerial Council to discuss and identify the most suitable structure of the Palestinian Monetary Authority. The report also included recommendations on most desired financial and economic trends so as to promote the resilience of our people and help achieve our national goal and independence. Recommendations also focused on the development of regulatory framework for the PMA to enable it to catch up with latest developments in central banks and to devise clear criteria for nomination of Governor, Deputy-governor and members of the Board of Directors, on the basis of professionalism, expertise and qualifications. The report also criticized the current law, which mentions only two criteria for nomination of PMA senior management.

The report called upon the Prime Ministry to explicate the notion of administrative and financial independence, especially as relates to subjecting the PMA to accountability and oversight and to administrative and financial decision-making. It further called for redressing the overlap in the role and functions of the governor, as head of the executive hierarchy on the one hand, and chair of the board of directors on the other. The report also recommended to develop effective and permanent mechanism to assess the performance of the board of directors rather than limiting such oversight to board’s self-evaluation, especially in the absence of the legislative authority and incapacity of the presidency office to perform such task. The report also called for lowering the ceiling of spending by decision from the board of from 200,000 to 100,00 US Dollars and for adopting mechanisms for budgeting and budget monitoring, as per applicable law including the Budget Law since the budget allocated to the PMA depends on the general budget.

Recommendations to PMA Board of Directors

The report also provided recommendations to the PMA governor and board of directors to address the high pay of the PMA staff through a formula that reconciles ‘moral immunity’ of staff on the one hand and addresses the huge gap with pay of other government servants. It reiterated that PMA personnel salaries must be regulated by the Civil Service Law. Regulations must provide for clear provisions on the pay and privileges of the governor, his/her deputy and members of the board, which reach up to 15,000 US Dollars per year.

The report also recommended that the Board applies strict measures to the excessive travels abroad to ensure they are not abused for personal purposes. Regulations and monitoring must also be applied to the extravagant spending of the executive office. Thus, the perks allowable to senior staff must be revisited so that they do not come at the expense of tens of thousands of low or middle-pay staff or unemployed people. In this regard, the report tackled the sovereignty of different facilities and establishments and the extravagant spending, noting the luxurious new building, which was originally planned for 12 million Dollars, but ended up costing 27 million Dollars. The AMAN coalition pointed out that such sum is sufficient to sustain 1900 poor households, or build nine schools or reclaim 13,000 agricultural donums or build a hospital or 27 clinics.

Recommendations also focused on promoting transparency by publishing minutes of the meetings of the board and financial statements, budgets and internal PMA regulations. It is necessary to coordinate with competent agencies to define the mandate of the deputy-governor and justify the position. Endeavors must be geared to more rigorous and professional criteria to nominate a deputy who can be a real asset to the governor and to the PMA. The draft PMA Law provided for nomination of a second deputy while the mandate and role of the first deputy are still unclear.

The report further mentioned the huge gap between senior and middle management and focused on the necessity to train middle and junior management to enhance their knowledge and skills. Clear instructions are needed to guide PMA supervision and monitoring of banks, credit institutions and money exchangers so as to avoid any arbitrary use of authority and powers. Procedures must guarantee non-discrimination between small and large banks, national or foreign banks or between banks, credit institutions and money-exchangers.

Finally, specific terms and criteria must be developed for the appointment of the governor, his/her deputy and board of directors, reiterating on their commitment to best practices in public offices. Integrity can be boosted through codes of ethics, disciplinary action and reporting on cases of corruption and waste of public funds and to safeguard the PMA assets. This includes harmonization of the terms and criteria of appointment of staff with the requirements of professionalism, merit and integrity. Tasks must be clear and measurable for compliance. Mechanisms are also needed to hold the governor, his/her deputy and members of the board accountable whereby the governor is head of the executive office and the board is a supervisory body. Competence of the board and its actual ability to hold the governor and his/her deputy accountable must also be taken into account since the governor is also chair of the board of directors.