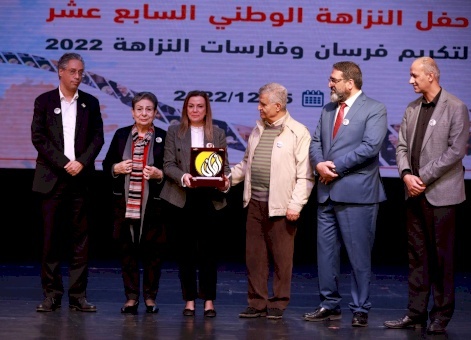 Ramallah/Gaza – Under the theme People who Reject Corruption will Inevitably Prevail, the Coalition for Accountability and Integrity (AMAN) organised its 17th National Integrity Festival in the context of observing the International Anti-Corruption Day, which falls on 9 December of every year. Held simultaneously in the cities of Ramallah and Gaza, the festival honoured the champions of integrity for 2022. Rather than abandoning their values, these champions lent a favourable hand to and actively engaged in fighting corruption and exposing corrupt individuals. Champions of integrity developed investigative reports that laid bare instances of corruption and produced focused research on the reality and fight against corruption. They also launched initiatives to promote integrity and fight corruption in the public sector and local government units (LGUs). 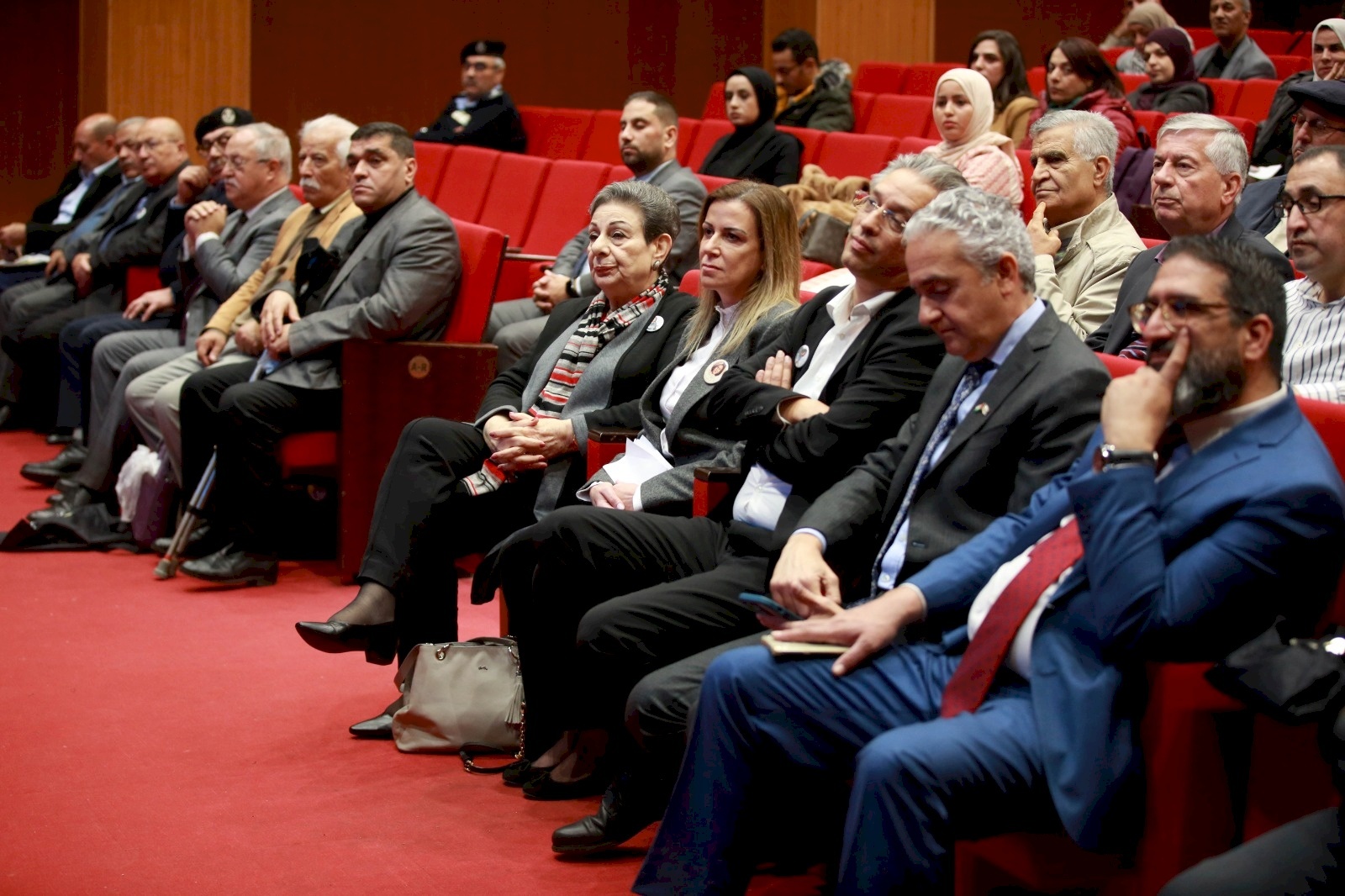 The festival was held simultaneously in the West Bank and Gaza Strip. Both personal and virtual attendance included a number of representatives of public institutions, civil society organisations, AMAN’s friends who are engaged in the fight against corruption, university students, researchers, journalists, and academicians. 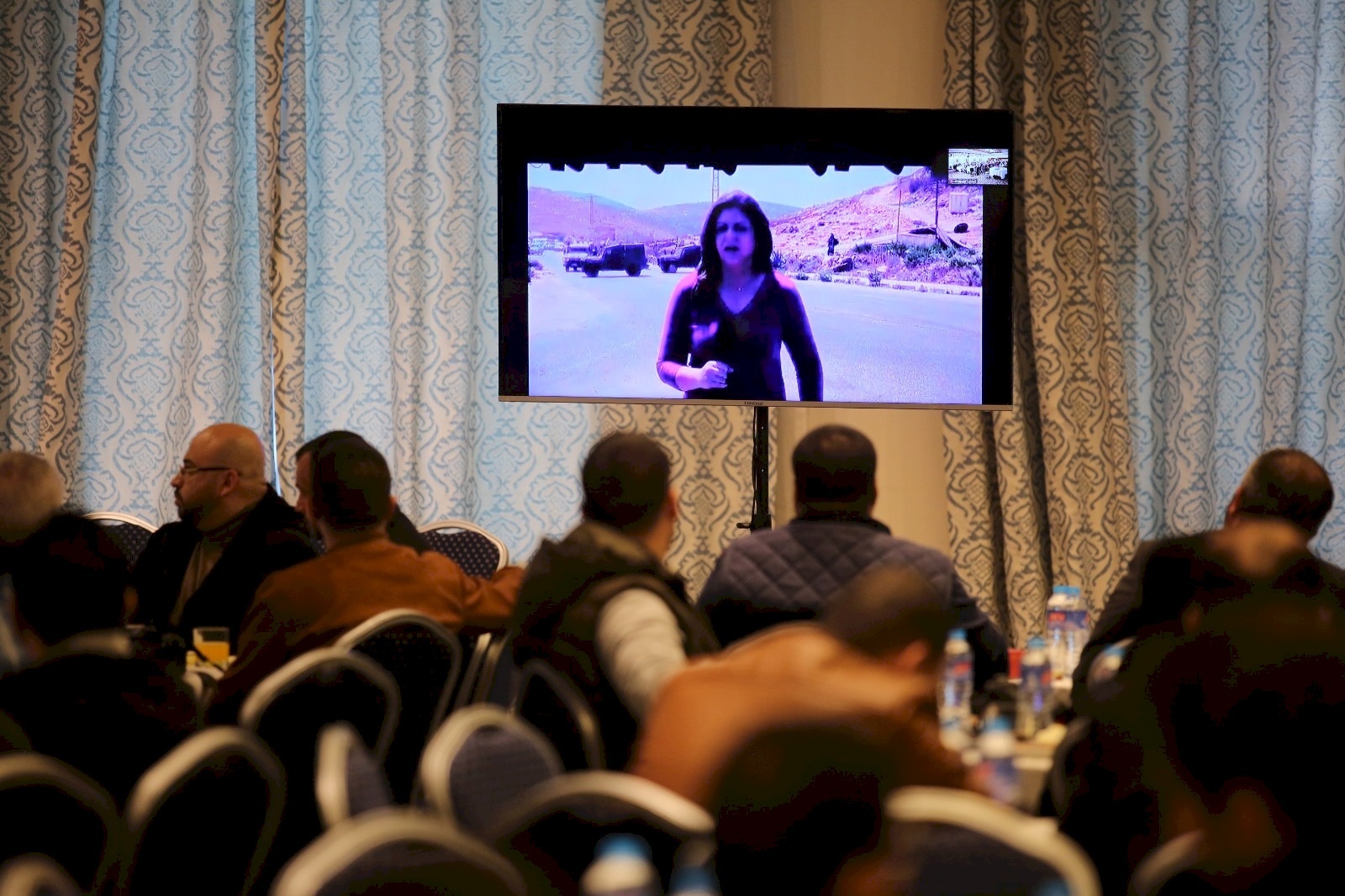 In his opening remarks, Mr. Abed Al Qader Al Husseini, AMAN Board Chairman, stressed that the anti-corruption effort was intertwined with a real will to combat corruption and prevent impunity. However, results of the AMAN 2022 Opinion Poll demonstrated that almost half of the respondents in the West Bank were unconvinced of the effectiveness and adequacy of the efforts made by anti-corruption agencies. The surveyed sample believed that powerful political parties interfered with the work of these bodies. This is indicative of undermined public confidence in effective and adequate efforts exerted by anti-corruption actors.

Al Husseini highlighted some noticeable proportions, which needed to be further examined and through of in order to find ways for redress. Of those surveyed, 68 percent believed that corruption existed in the judicial system. Also, 55 percent the respondents were of the view that citizens were reluctant to report crimes of corruption. This is due to inadequate protection of whistleblowers and witnesses, limited awareness of the meaning and forms of corruption, not knowing the body authorised to receive corruption-related complaints, and fear of reprisal. 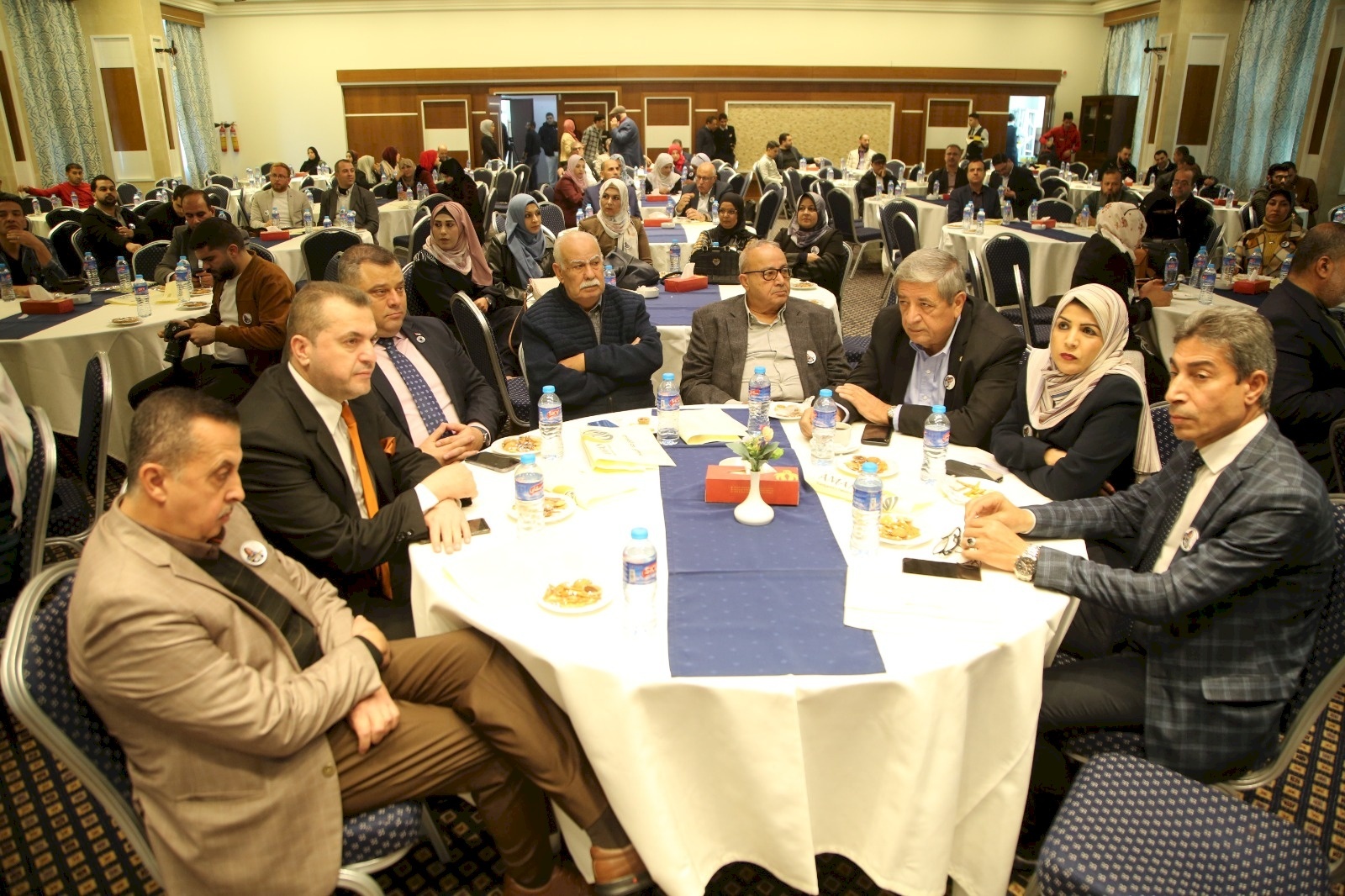 Al Husseini: Holding general election will restore balance to the political system and ensure that the Palestinian Legislative Council represents the people

Al Husseini highlighted obligations of the State of Palestine following accession to the United Nations Convention against Corruption. Providing a detailed account of inaction of the Palestinian Legislative Council (PLC) for over 16 years, Al Husseini reiterated the people’s demand to hold general elections. The fact that the PLC is out of session has compromised the integrity of government, paved the way for political corruption, and helped the powerful political class to dominate state institutions without being subject to real accountability. The executive branch of government has further enacted hundreds of decisions and regulations, which do not necessary serve the public interest. Executive practices have eroded public confidence in the government. 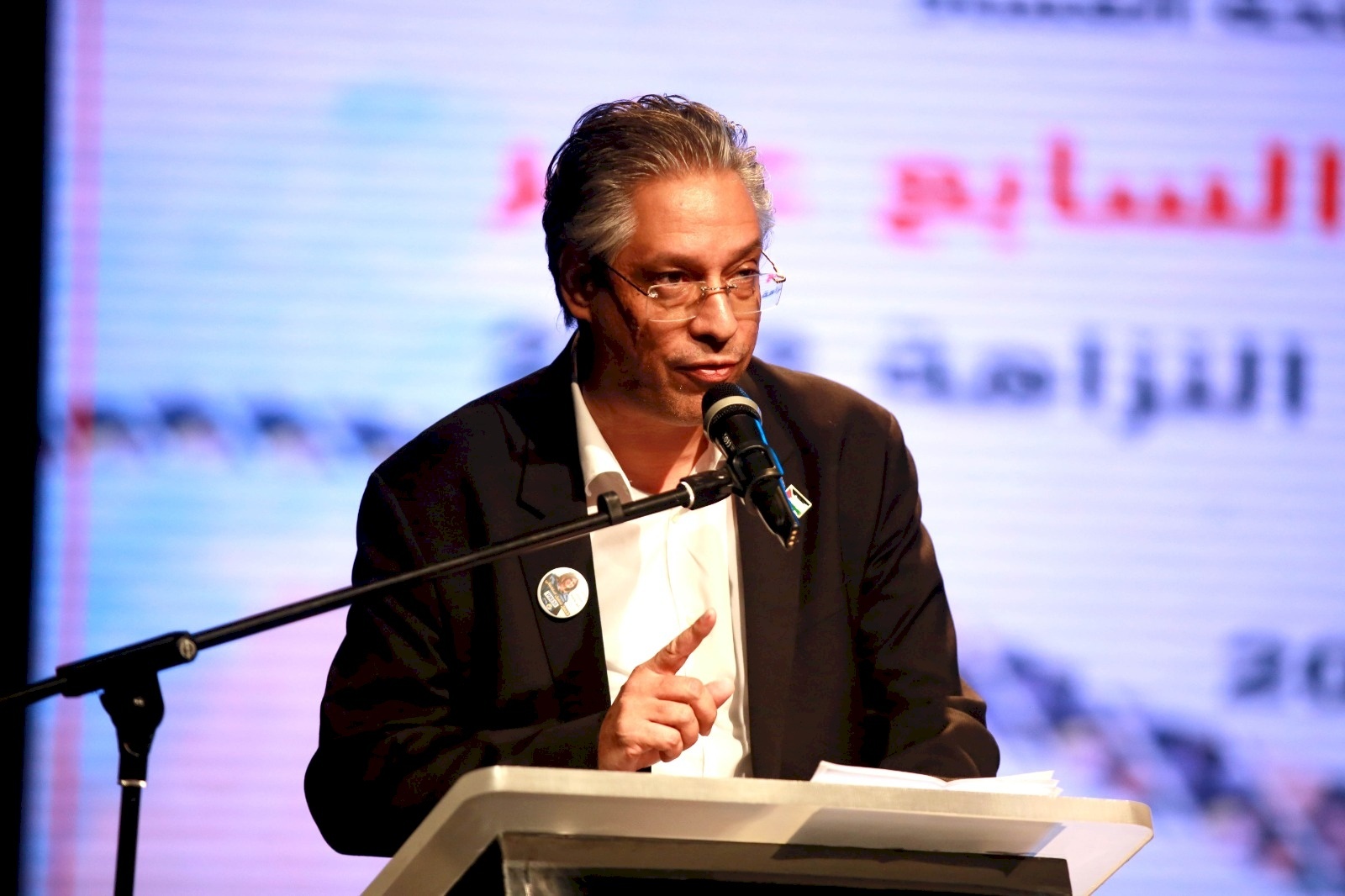 Nominations for the 2022 Integrity Award

In his statement on behalf of the AMAN Integrity Award Jury in the West Bank and Gaza Strip, Dr. Sameer Zaqqout, Jury member, announced that AMAN had received 34 applications for the three categories of the Award of Integrity and Fight against Corruption: Public sector and LGU staff, best research paper, and best investigative report.

Zaqqout indicated that, over three months, specialised and technical Award committees made a sustained effort to examine nominations based on predefined and annually upgraded standards and weights. These committees submitted relevant recommendations to the AMAN Management and Jury, which bring together national, juridical and professional persons, for deliberation and decision making. 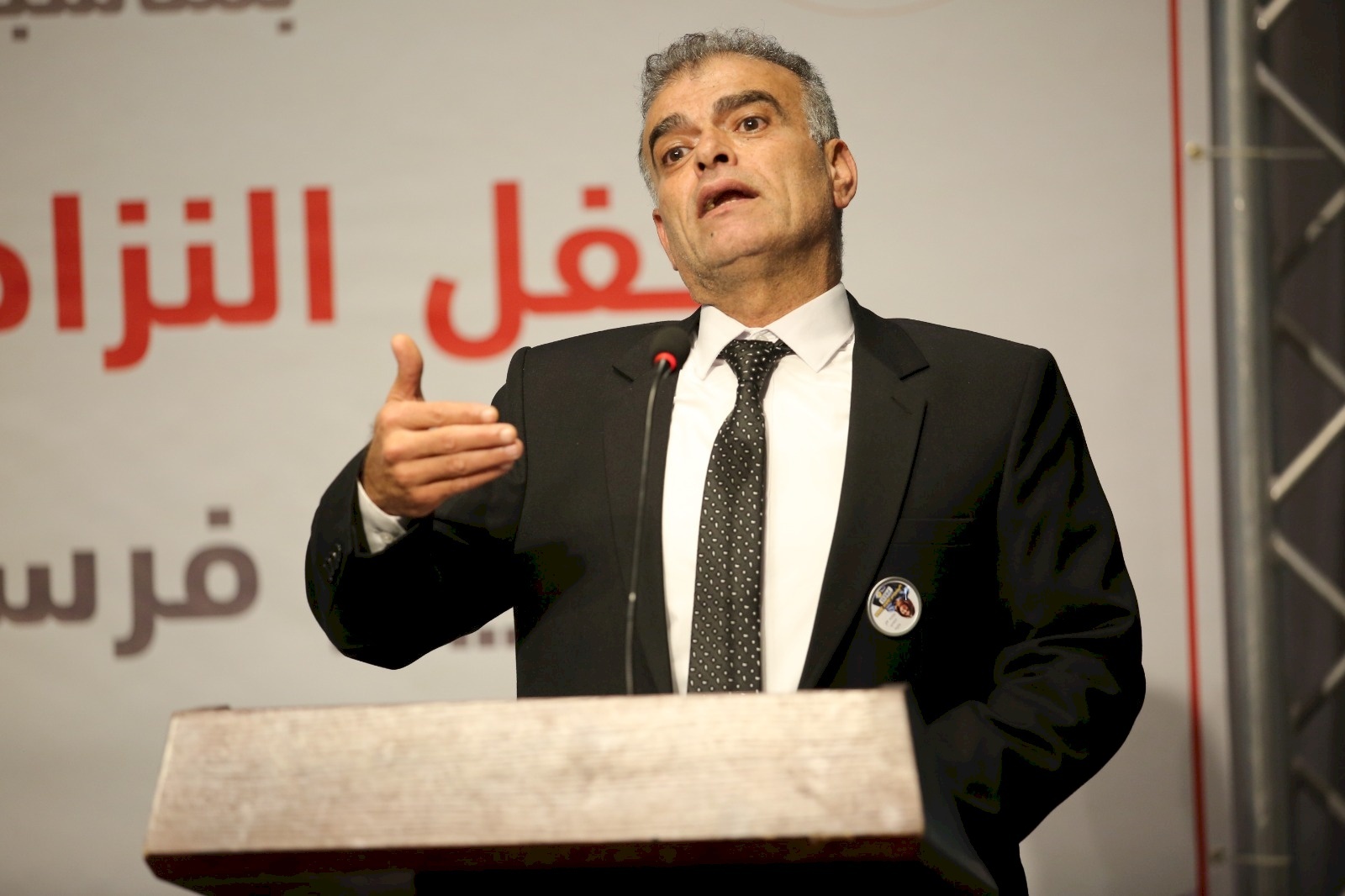 The Champion of Jerusalem: People of the capital

AMAN believes that the first and foremost obstacle to fighting corruption is created by the Israeli occupying authorities, which incessantly attempt to conceal the crimes they commit day by day. Along this vein, AMAN honoured the family of martyr and journalist Shireen Abu Akleh. AMAN named the Integrity Award for the Best Investigative Report after Abu Akleh, commemorating her contributions in the course of a long career. This is a token of appreciation for the model of courage and audacity Abu Akleh created to make the truth heard for over 25 years. 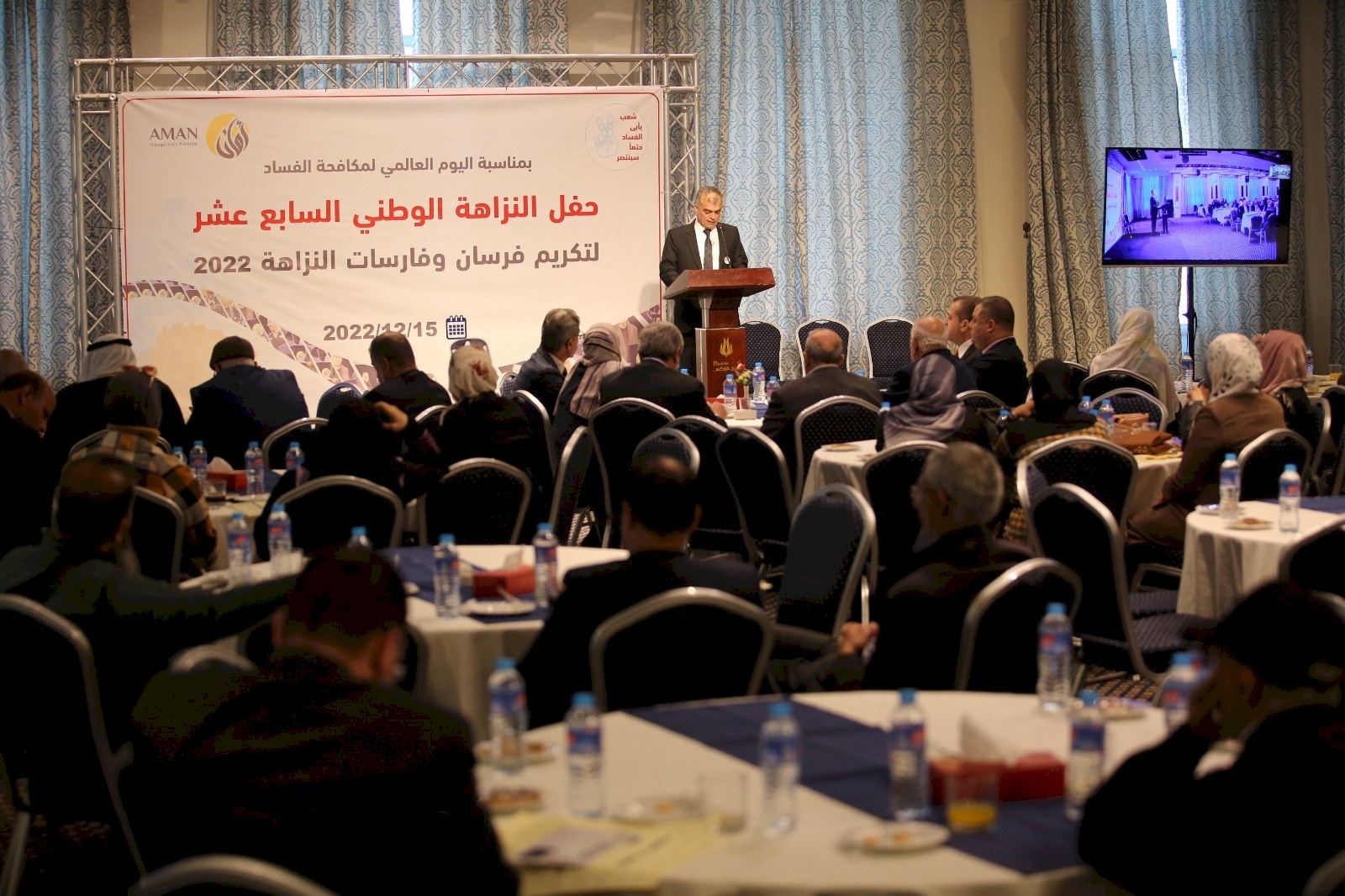 For the category of public sector and LGU staff, the Award of Integrity and Fight against Corruption was conferred on Mr. Ayman Jubarat, an office boy at the Hebron district directorate of the Ministry of National Economy. Jubarat detected two corruption offences, including fraud and abuse of office for personal gain. Jubarat reported both offences to relevant bodies within the MoNE and to the Palestinian Anti-Corruption Commission (PACC). He disclosed false receipts that involved the renewal and adjustment of corporate licences. As a result of whistleblowing, the case was remitted to the Corruption Crimes Prosecution Office. The concerned employee was suspended until the conclusion of the trial.

The other champion, Layla Amer, is employed at the Internal Audit Department of the El-Bireh Municipality. She unveiled the waste of over ILS 4 million of public funds. Irregularities involved the payment of unjustified and legally baseless individual increments to the salary of a senior municipal official. Double increments were disbursed to all staff member at a higher rate than due benefits. The cost of living was paid at a higher rate than that announced by the Palestinian Central Bureau of Statistics and approved by the Ministry of Local Government (MoLG). These were not among the increments paid in accordance with the laws and regulations applicable at the municipality. Reported instances of corruption took place between 2010 and 2018.

Accordingly, Amer reported the cases of corruption within the municipality. Based on a recommendation of the Internal Audit Unit, the El-Bireh Municipal Council decided to move forward with investigation into the case. As a result, the staff members who were immediately involved in abuse of office and waste of public funds were laid off. The MoLG also established a fact-finding committee to further investigate the case. After the committee validated conclusions of the Internal Audit Unit, the Minister of Local Government approved the decision on the dismissal of accused staff. 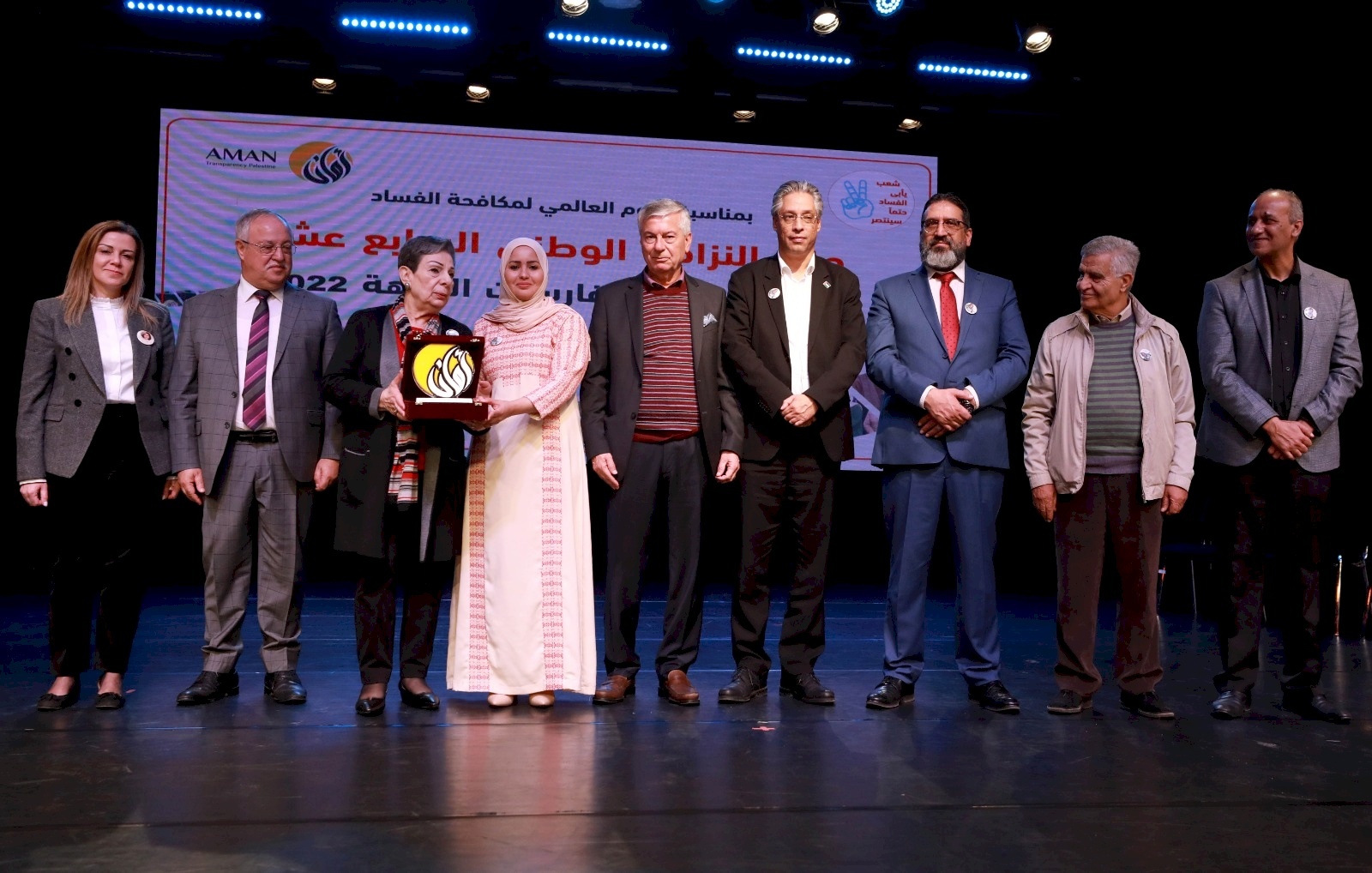 The Award of Integrity and Fight against Corruption for the best research paper in the category of higher education was given to researchers Mahmoud Fataftah and Eman Yaseen, both residents of the Gaza Strip. Their research paper was entitled The Role of Digital Public Relations in Raising Awareness about Anti-Corruption Issues: The Coalition for Accountability and Integrity (AMAN) and Palestinian Anti-Corruption Commission as Case Studies. On the other hand, the award for the category of bachelor degree research was withheld as no papers fulfilled eligibility requirement for the award.

Watch the video of Researchers Mahmoud Fataftah and Eman Yaseen 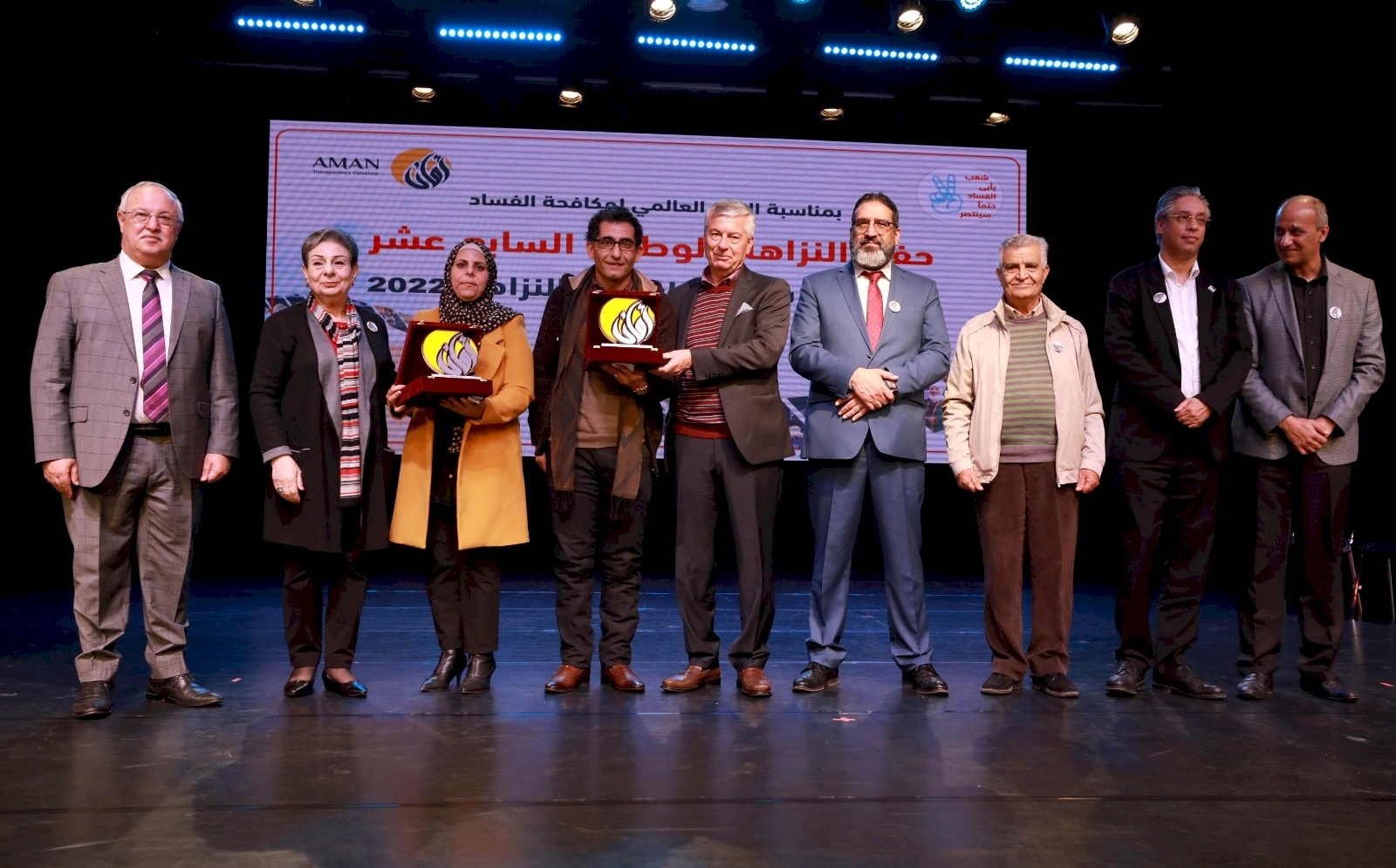 Journalist Mustafa ad-Dahdouh was first place winner of the Shireen Abu Akleh Award for the best investigative report in 2022. In his report, Substandard Wheelchairs and Government Negligence: Inadequate Safety for Persons with Disabilities in Gaza, Dahdouh revealed many shortfalls and infractions in the operations of companies and associations that sell and distribute wheelchairs. While government oversight and supervision are flawed, wheelchairs are of an anonymous source and of low quality. Merchants smuggle goods far from the prying eyes of inspectors at the Karm Abu Salem commercial crossing in southern Gaza. The report disproves that companies examine wheelchairs in tandem with approved standards. Physiotherapists are not recruited to identify and select suitable wheelchairs. 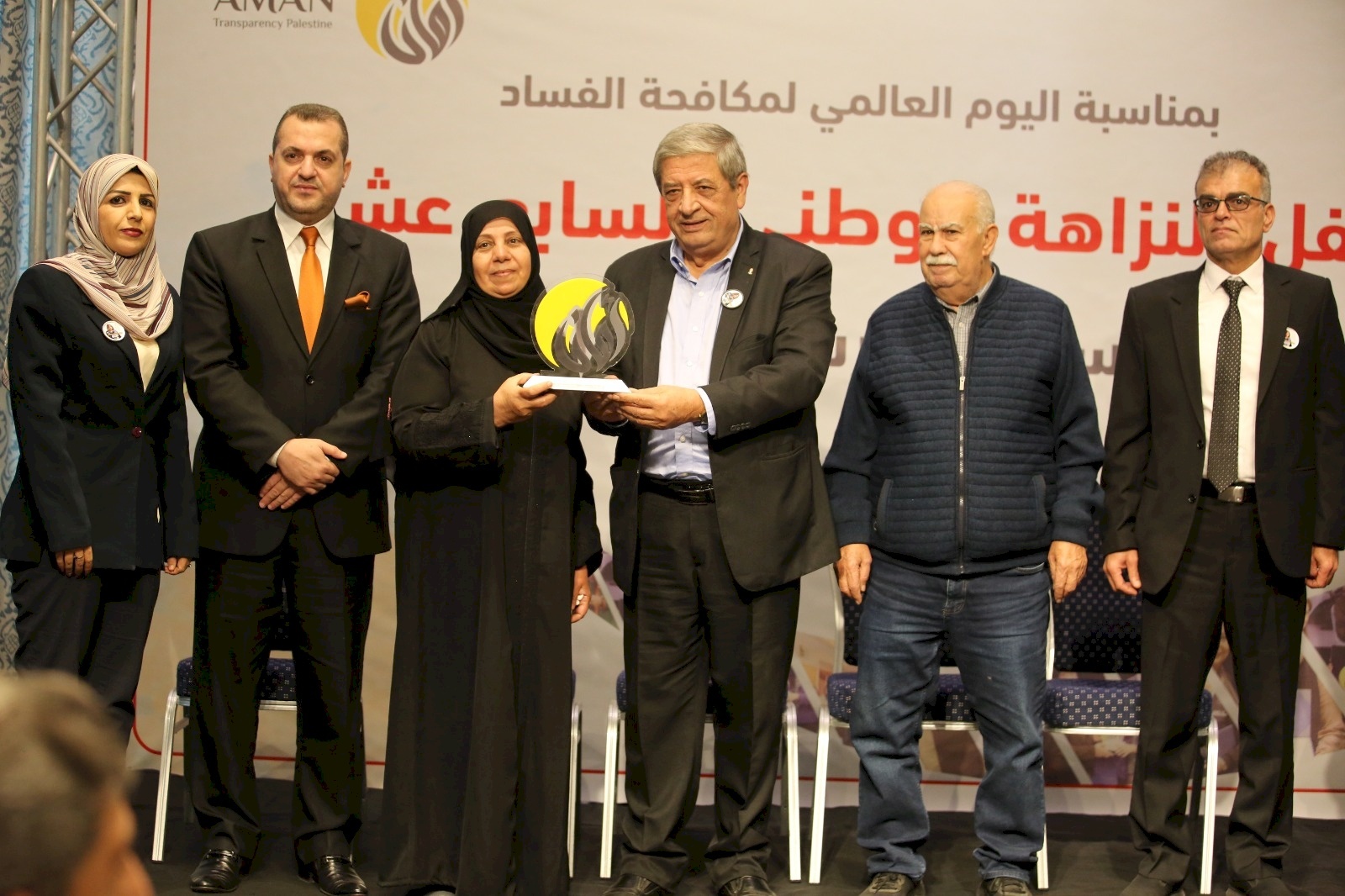 Second place winners of the 2022 Shireen Abu Akleh Award for the best investigative report were Journalists Haytham ash-Sharif and Ansar Tumeizah. Entitled Hunting them on Platforms: Half of the Palestinian workers in the 1948 Territory are a Sitting Target for Permit Brokers, Sharif’s investigative report uncovers the fact that Palestinian workers are subjected to fraud by permit brokers. With an unemployment rate of over 30 percent among Palestinian youth and dire need for work, economic and living conditions of thousands of Palestinian households have severely deteriorated. To receive permits, workers pay ILS 2,500-3,000 a month to permit brokers. Workers are also legally constrained by unjust options if they fail to make cash payments to brokers. They are forced to either sign bills of exchange or present cheques in the agreed amount. Additionally, workers sign documents, pledging not to claim fees from the company or party that issues work permits. Brokers exploit day-to-day political and security conditions in the oPt, particularly the context of the Zionist apartheid regime.

The investigative report elaborates on the exorbitant profits made by permit brokers, reaching as high as US$ 119 million in 2018. According to a report released by the International Labour Organisation in May 2021, 44 percent of Palestinian workers obtained their permits through brokers.

The investigation sparked an outcry in view of lacking a deterrent penalty against permit brokers. Sharif explains how the lucrative permit business has swollen in the black market. Israeli firms intentionally issue permits to be purchased by Palestinian workers or mediators. These permits are then sold to disparate workers who need to make a living. Sharif also reports on many cases and lawsuits brought by brokers against workers at execution departments of Palestinian courts. Workers sign bills of exchange as a guarantee, but experience defaults in monthly payments. Hence, permit brokers demand that workers pay the amounts accumulated for two or three months. Despite the fact that brokers suspend workers’ permit as immediate punishment, they still seek an arrest warrant when amounts are due.

Watch the video of Haytham Al-Sharif

Journalist Ansar Tumeizah, a staff member of the Wattan TV, equally shared the Shireen Abu Akleh Award for the best investigative report with Sharif. In her investigative report, They Interrogate Themselves and Results are Tailor Made to Fit Officials, Tumeizah casts light on the establishment and feasibility of investigation committees. The report explores if these committees have achieved the objectives assigned to them or ever obliged relevant authorities to implement respective recommendations. Tumeizah reviews eight committees that have established over the past five years.

Sumoud al-Barghouthi, AMAN Monitoring and Documentation Officer, announced the launch of the AMAN Monitor. The first in terms of its content, the AMAN Monitor provides friendly access to disaggregated information on issues of integrity and fight against corruption for the Palestinian public, particularly researchers, academicians, students of institutes and universities, decision makers, and media representatives. Based on the rule that information should principally be made available unless otherwise provided, citizens can have easy access to the AMAN Monitor.

Through the AMAN Monitor, information is disaggregated and electronically archived on the basis of specific criteria and controls. It provides a key guarantee to promote the principles of transparency and enhance the capability of accessing public information by those who seek and manage that information. Al-Barghouthi stressed that the Palestinian government should adopt a public policy, by which it safeguards the right of access to information, through relevant legislation and government decisions. The government will also make available platforms and spaces that outline the mechanisms and procedures for access to, and publication of, public information. While the latter is disaggregated, unpublishable classified information will be under control. Time limits for access to this information will be set in line with international best practices.

For more information on the AMAN Monitor, watch here. 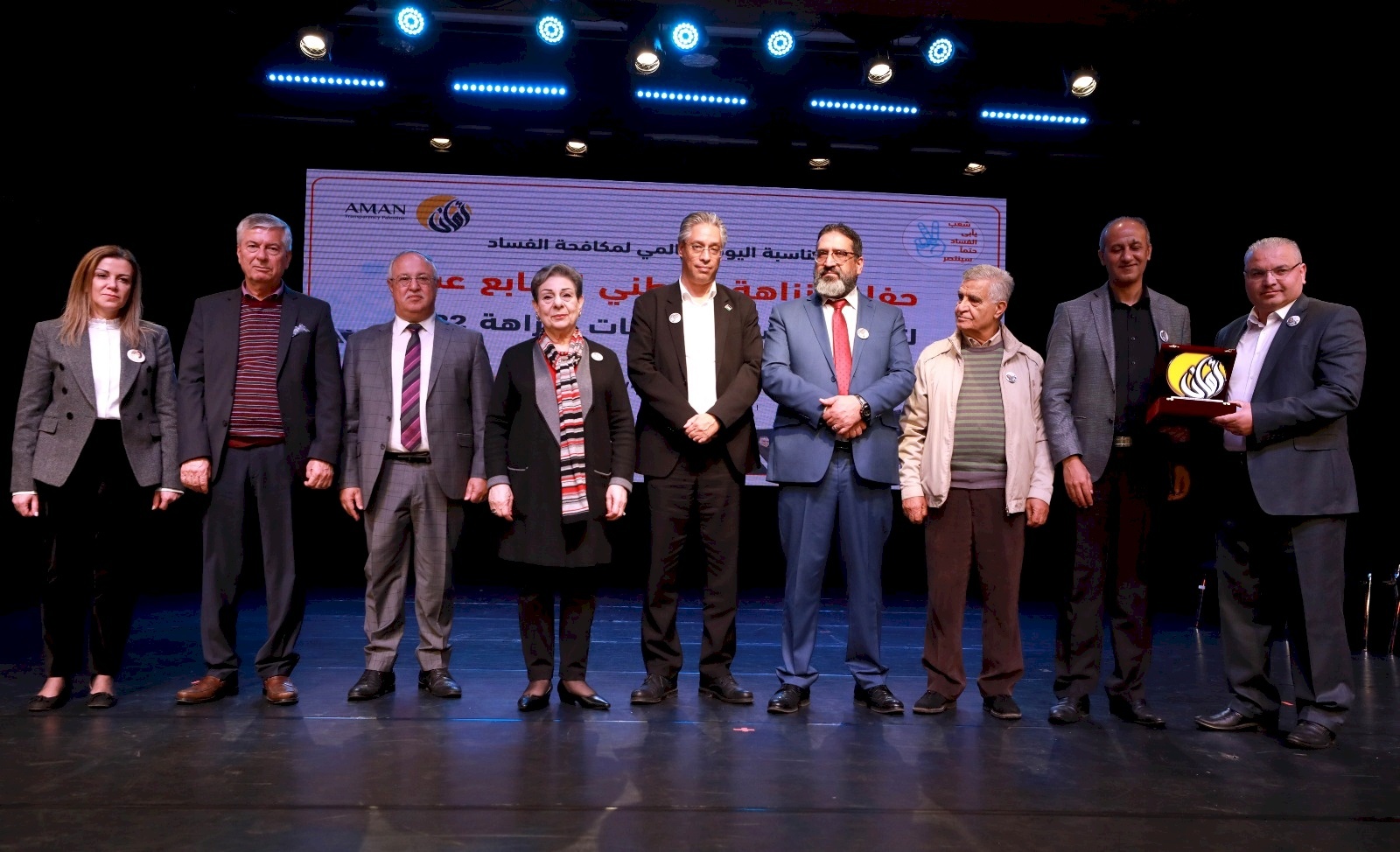 In conclusion of the 17th National Integrity Festival, participants commended the bravery of whistleblowers and thanked the Integrity Award technical committees. The festival ended with the hope that an encounter would be held next year. Participants expressed a renewed faith in new champions, who will hold high the banner of integrity, guard public finances, and establish the values of integrity in the public administration sector.