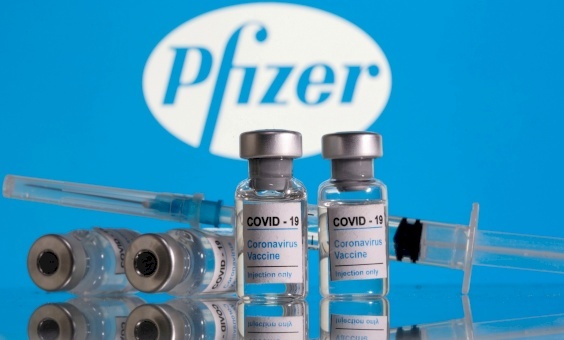 The Coalition for Accountability and Integrity (AMAN) has viewed the report released by the commission of inquiry on the vaccine swap deal between the State of Palestine and the Israeli occupying authorities. Established by the Palestinian Prime Minister, the commission of inquiry was chaired by the Independent Commission for Human Rights. AMAN is of the opinion that the commission made a worthwhile effort, brought the truth to light professionally, and provided answers to many questions about this deal. AMAN appreciates the fact that the commission published the report immediately after it had been submitted to the Prime Minister, reflecting a commitment to the principles of transparency and Palestinian citizens’ right of access to information on public administration.

The report demonstrates the existence of serious violations, including negligence and poor follow up by several political and administrative levels. Having reviewed the commission’s report, AMAN would like to state the following:

First, the report findings highlight AMAN’s earlier warnings against poor transparency in the management of vaccine supply and distribution. Persistently, official authorities have not engaged Palestinian citizens and civil society in public administration and management of public finances. Public access to information has also been blocked.

Second, the report clearly indicates that all political and technical agencies associated with the deal should be held to account, especially in relation to negligence and poor follow up through due diligence procedures to ensure valid conclusion of such a deal. These particularly include the Minister of Health, COVID-19 file manager, and health coordinator with the Israeli side.

Third, the report stresses that expeditious receipt of the first batch (93,000 doses), with the knowledge of the Ministry of Health that they were about to expire in June 2021, was neither justified nor urgent. This gives rise to a legitimate and serious question about possible suspicions of corruption, involving persons who would benefit from the conclusion of this deal in this manner. These turned a blind eye to recommendations of technical stakeholders at the Ministry of Health (MoH) not to strike the deal. Additionally, the MoH Legal Department was not engaged so as to review the agreement.

Against this background, AMAN calls on the Anti-Corruption Commission and Attorney General to bear their responsibilities and immediately launch necessary investigations into suspicions of corruption.

AMAN further holds the government responsible for failure to perform its duty to follow up on and review the deal. In particular, the Council of Minister has the primary responsibility for public health and taking all precautions and due diligence procedures.

AMAN confirms that impunity and failure to hold legally accountable those responsible will largely contribute to destroy the few remaining vestiges of confidence in the government.