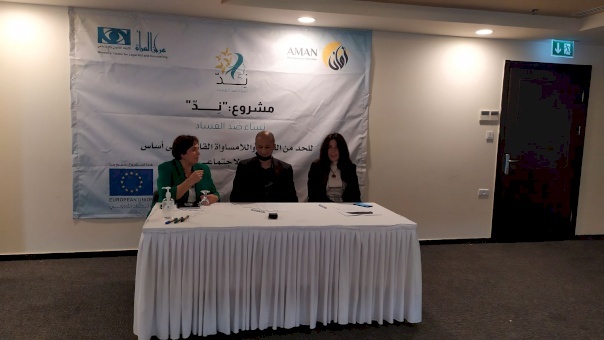 Ramallah-The Coalition for Accountability and Integrity- AMAN, in partnership with the Women's Centre for Legal Aid and Counselling (WCLAC) launched the Women Against Corruption (NED) program and network, which aims at alleviating gender-based corruption and inequality in service provision in Palestine. Several women organizations and international partners, including representatives of the European Union, attended the launching event.

The event included announcing the establishment of Women Against Corruption (NED) network, incorporating several women organizations and women activists, who shall seek to enhance the women's role in fighting gender-based corruption.

In his opening speech, AMAN chairperson Abdul Qader Husseini asserted that corruption constitutes a major obstacle that impedes achieving the Sustainable Development Goals (SDGs), obstructs realizing human rights and curtails the realization of economic, social, political civil and cultural rights. Women constitute the group most vulnerable to corruption in basic services such as health, education and social development services according to most surveys and studies, as they are marginalized and underprivileged, and do not enjoy their rights at all levels with justice and equality.

The CEO of WCLAC, Randa Siniora, stressed in her speech the negative impact of corruption, indicating that it leads to human rights violations, and adversely affects all the groups in the society, particularly women. She asserted that corruption prevents women from access to their civil, social and economic rights, aggravates poverty among them, in addition to exposing women to different forms of unreported sexual extortion and sexual harassment.

The Head of the Governance Unit at the European Union, Yoris Heiren, expressed his appreciation for the partnership with all the participating institutions in the marginalized areas to promote good governance, integrity, transparency, accountability and equality in service provision. Mr. Heiren asserted in his speech that the program is in line with SDGs, adopted by the Palestinian Authority (PA) particularly SDG 16. The program shall add another building block and mobilize further efforts to achieve SDGs. He expressed his hope for change, for raising women awareness about their rights and entitlements in receiving different services, adding that the program shall support and complement the relevant governmental efforts.

It is worth noting that Women against Corruption program comes within the framework of the continuous efforts that AMAN exerts to develop a community movement that engages all the citizens against corruption. It is worth noting that the program shall focus on producing knowledge and publishing studies that focus on the existing forms of gender-based corruption in service provision, developing legislations and policies through conducting a gender perspective review of the existing anti-corruption laws, and presenting the findings and recommendations to decision-makers and seek their adoption, to alleviate corruption and inequalities in service provision. The program also includes empowerment and mobilization of civil society organizations and raising women’s awareness to engage them in anti-corruption efforts, to strengthen the society against all forms of existing gender-based corruption and work with law enforcement agencies to criminalize by law the different forms of gender-based corruption. 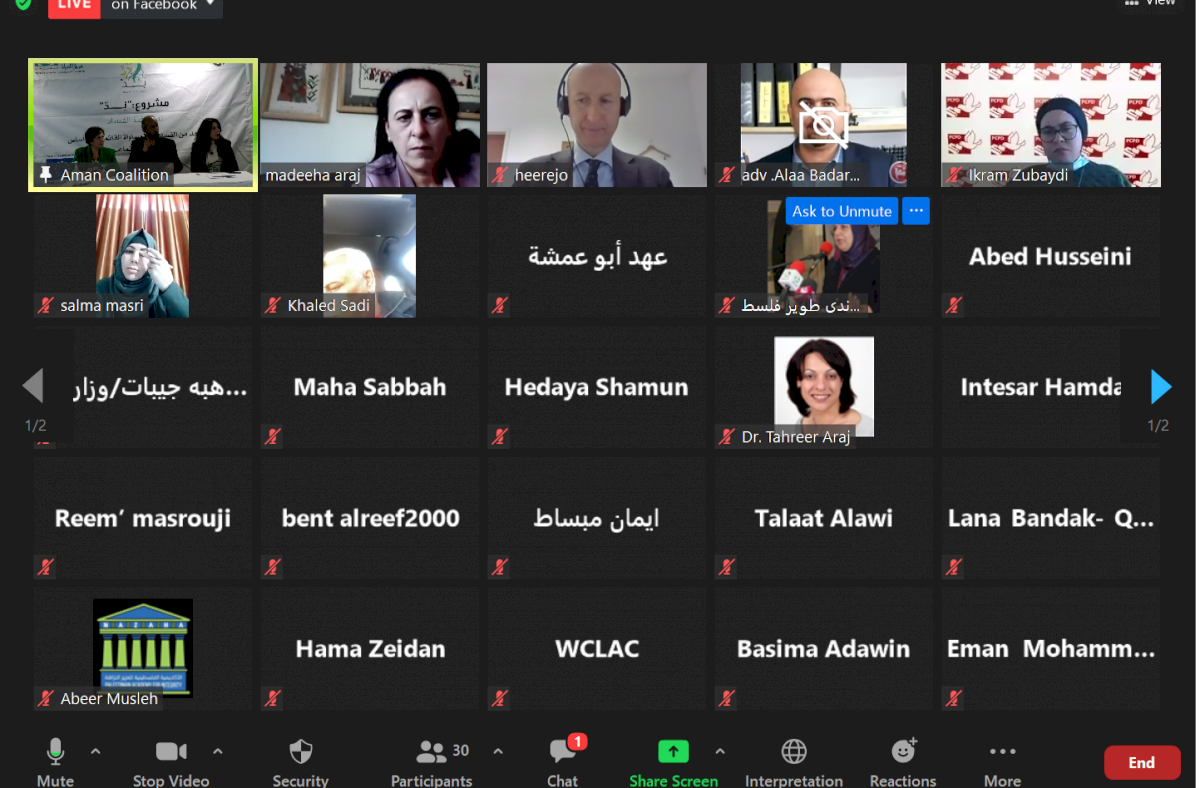