AMAN demands investigation into claims of appropriation of state land 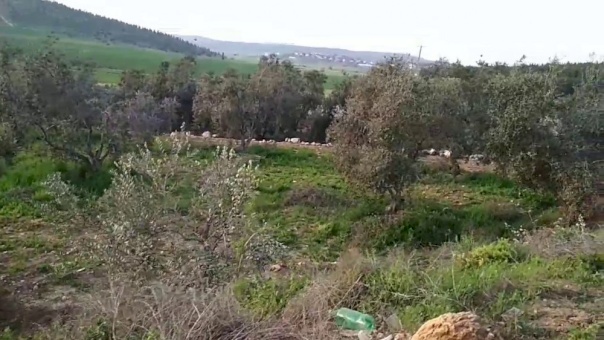 The Coalition for Accountability and Integrity (AMAN) views with grave concern the statements made by Major General Tawfiq al-Tirawi, Member of the Fatah Central Committee, claiming that Palestinian officials used their influence and grabbed state land. These statements have been released by a national resourceful figure. If true, this information reveals wanton aggression on public finances. In a letter sent to HE Advisor Ahmed Barrak, Chairman of the Palestinian Anti-Corruption Commission (PACC), AMAN inquired about this case and whether the PACC was following up on and investigating relevant information.

The statements warned that some officials used their influence and expropriated land for personal interests. Others forged land documents and sold land for their own benefit. Al-Tirawi reportedly drew President Mahmoud Abbas’ attention to these violations on two occasions. The President instructed his Legal Advisor to follow up on the case and report to security agencies to perform their duty, punish trespassers, and maintain state properties.

Al-Tirawi stated that increasing instances of encroachment and influence peddling were committed by officials. The case was not taken seriously, however. “Given the rise in these unlawful encroachments, given the tragic situation of the Palestinian people and amid escalating conspiracies against the question of Palestine, I urge the President, who I know is keen to safeguard the state assets and properties, to take deterrent action against trespassers on the rights of Palestinian citizens,” Al-Tirawi concluded.
Against this backdrop, AMAN demands an investigation into this serious case, which involves an encroachment on public finances and grab of state land. This land is originally allocated for public use and interest, not to achieve personal gains by some influential state officials.

In a similar vein, AMAN notes Hamas’ encroachments on public land in the Gaza Strip. As a compensation, public land has been titled to Hamas-affiliated persons and civil servants.

It should be noted that AMAN released a report on eminent domain. The publication will be deliberated this weeks in a discussion session with relevant experts and specialists.