Dear Chair, Bureau and Members of the UNCAC Implementation Review Group, We are writing to you on behalf of the UNCAC Coalition and its Coordination Committee about the UNCAC Review Mechanism. We would like to commend UNCAC States Parties, the Imple-mentation Review Group (IRG) and UNODC for the progress made to date in the first cycle of review of implementation of the UN Convention against Corruption. In a period of economic uncertainty and with growing strains on public trust in government and the private sector, it is a matter of urgency to achieve advances in national and global action to curb corruption, using UNCAC as a framework. This can only be done through build-ing alliances between all stakeholders committed to countering corruption. With this in mind, we are sending this letter to you pursuant to Rules 2 and 17 of the Rules of Procedure of the UNCAC Conference of States Parties (COSP), which apply to the Implementa-tion Review Group. We are also writing pursuant to COSP Resolution 4/6 adopted at the 4th Conference of States Parties in Marrakesh in 2011 to report on some of our activities and con-tributions under that resolution. We are writing to report on our experiences under Resolution 4/6 and to express our concerns about the exclusion of NGOs from Implementation Review Group meetings and from meetings of the Working Groups on Asset Recovery and Prevention. Civil society participation in international review mechanism bodies contributes to genuine dia-logue and helps to improve law, policies, programmes and institutions at national level. This letter is submitted on behalf of the UNCAC Coalition by the Transparency and Accountability Network in the Philippines and by Transparency International.

Civil society activities and contributions under Resolution 4/6 can be summarised as follows: 1.Resolution 4/6 was a compromise reached among States Parties to hold briefings for NGOs on the margins of IRG meetings in order to build confidence in the contribution that can be made by NGOs as observers to the IRG, the key Review Mechanism body.1 It was intro-duced as a temporary measure without suspending or nullifying the applicable Rules of Pro-cedure of the COSP which provide that NGOs should be admitted as observers to IRG ses-sions. 2.The IRG briefing organised by UNODC in June 2012 allowed a useful exchange between NGOs and government delegations about the contributions of NGOs to the Review Mecha-nism. NGOs reported on their experiences at country level in UNCAC review processes, and also made contributions in the form of findings and recommendations regarding national implementation of the Convention. This led to a constructive discussion with government delegations. 1That Resolution 4/6 provides inter alia that (abbreviated language): 1. NGO briefings shall be conducted on the margins of the IRG about the outcomes of the review process, in-cluding on the technical assistance needs identified. 2. Briefings shall be conducted on the basis of the IRG reports, thematic implementation reports and regional supplementary addenda. 3. Non-governmental organizations can provide comments in writing in advance. 4. Non-governmental organizations are encouraged to report… on their activities and contributions to the imple-mentation of the recommendations and conclusions of the IRG approved by the COSP, including those related to meeting technical assistance needs and advancing capacity to effectively implement the Convention. 5. Government delegations are requested to use the briefings …to continue constructive dialogue on the contri-bution of non-governmental organizations to the Mechanism for the Review of Implementation of the Conven-tion. www.uncaccoalition.org 3.NGOs also made written submissions to the IRG ahead of the briefing, including NGO paral-lel country reports and an overview report that aggregated our findings about the trans-parency and inclusiveness of the national level review processes as well as commenting on and making proposals about some key implementation issues. However, NGOs continue to be excluded from participating as observers in the IRG and in UN-CAC Working Groups on Asset Recovery and Prevention. Moreover, following the first constructive NGO briefing in June 2012, additional inappropriate restrictions have been placed on written and oral statements made by NGOs to the IRG. We are advised that written and oral statements that were accepted at the first briefing will no longer be accepted at the second one, including our Executive Summaries of NGO reports on national UNCAC implementation. We would like to make to following observations about our experiences under Reso-lution 4/6: Restrictions on written submissions and oral statements 4.The restrictions placed on NGO written and oral statements to the IRG briefing limit our ability to report on our anti-corruption activities and assessments. They restrict meaningful dialogue and exchange of information between governments and other stakeholders about the UNCAC review process and UNCAC implementation. 5.These restrictions do not represent good UN practice, taking into account practices in other UN bodies, including convention review bodies. 6.The restrictions are incompatible with UNCAC obligations, including in Articles 5 and 13, to promote the participation of civil society. Exclusion of NGOs as observers in the IRG 7.The exclusion of NGO observers from IRG sessions means we are unable to follow and con-tribute first-hand to the IRG discussions. This prevents NGOs from gaining a good under-standing of this part of the Review Mechanism, from adding its experience and knowledge to the discussions and from helping to build public confidence in this body. It sends the message that the IRG’s anti-corruption discussions are not intended to be known by the public. 8.The exclusion of NGOs from the IRG as observers is also inconsistent with combined Rules 2 and 17 of the Rules of Procedure of the UNCAC Conference of States Parties. (See the Opinion of the United Nations Office of Legal Affairs of 5 August 2010). Ignoring these rules undermines public confidence in UNCAC-related processes. 9. The exclusion of NGOs contravenes the letter and spirit of the Convention, including Arti-cles 5, 10 and 13. The first of those articles requires governments to promote public par-ticipation and transparency. The second calls for transparency in public administration. The third requires policies to promote active public participation, effective public access to in-formation and the freedom to seek, receive, publish and disseminate information concern-ing corruption. The principles and practices that States Parties commit to under the UNCAC are equally relevant at international level. To act otherwise, is to weaken the Convention and to undermine public faith in its potential. Exclusion of NGOs as observers in the Working Groups 10.The exclusion of NGOs from attending as observers the Working Groups on Asset Recovery and Prevention prevents NGOs from gaining a good understanding of their work and con-tributing their knowledge and experience to their discussions. 11.NGOs are barred without any basis in any decision of the the Conference of States Parties. The COSP never held any discussions about excluding them and their exclusion in inconsis- www.uncaccoalition.org tent with Rules 2 and 17 of the Rules of Procedure. (See the Opinion of the United Nations Office of Legal Affairs). 12.Again, the exclusion of NGOs from the Working Groups also contravenes the letter and spirit of the Convention, including Articles 5, 10 and 13. In reflecting on our experience with Resolution 4/6 we believe that application of the relevant Rules of Procedure would better serve the IRG and the UNCAC. Transparency enhances public understanding, builds trust and deters malfeasance. Participation of civil society assists and strengthens the hand of government officials working to address corruption. Cooperation among all stakeholders is essential to advance UNCAC implementation and counter corruption. 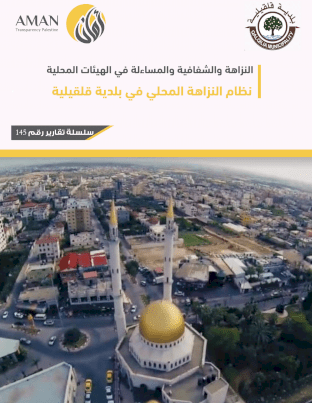