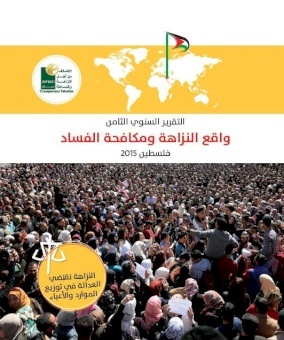 The Israeli occupation: an environment obstructing anti-corruption efforts
The continued Israeli occupation through its extremist policies against the Palestinian people in the West Bank (WB) and Gaza Strip (GS) aims to uproot Palestinians from their land. To achieve its racist goals, Israel is constantly making life impossible to bear for the indigenous people (Palestinians), hoping to take their place. Its practices include but are not limited to the Judaisation of Jerusalem (i.e., aiming to have a “pure” Jewish Jerusalem), control over Palestinian border crossings, and clamping down on Palestinian rights and economy. One example is its continuous exploitation of control of granting travel permissions for Palestinian businessmen and women to travel as well as work licenses. These policies and practices provided opportunities for a number of Israeli officials to take bribes in exchange for services mentioned. A number of these bribes was revealed in areas of civil and land services. Moreover, Israeli occupation’s policies led to the outbreak of the phenomenon of individual acts by Palestinian youth and children at the beginning of October 2015, and are continuing until today.