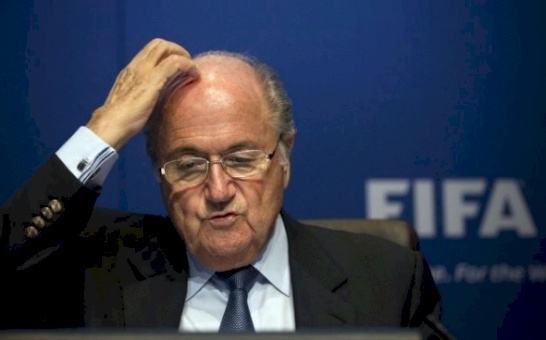 Swiss prosecutors are investigating 53 cases of possible money laundering in their inquiry into bidding for the 2018 and 2022 Fifa World Cups.
Attorney General Michael Lauber said the incidents had been reported by Swiss banks.
He said his office was analysing a "huge amount" of seized Fifa data in its inquiry.
The Swiss investigation is running in parallel to one being carried out by the US.
Separately, Fifa's chief ethics investigator said on Wednesday that the organisation was also looking into alleged breaches by officials relating to bidding for the 2018 and 2022 tournaments.
"Should new evidence come to light, the investigatory chamber will widen the group of suspects," Carl Borbely said in a statement, adding that Fifa investigators were prepared to increase staff numbers "at any time if needed".
The 2018 and 2022 World Cups were awarded to Russia and Qatar respectively. But senior Fifa official Domenico Scala has said the awards could be cancelled if evidence emerges of bribery.
Both countries deny any wrongdoing.
'Complex' inquiry
Fifa is facing claims of widespread corruption after Swiss police raided a hotel in Zurich - where Fifa is based - and arrested seven of its top executives last month.
The seven were held at the request of the US justice department which has charged 14 current and former Fifa officials and associates on charges of "rampant, systemic, and deep-rooted" corruption.
The charges follow a three-year inquiry by the FBI.
Also in May, Swiss prosecutors opened separate criminal proceedings "against persons unknown on suspicion of criminal mismanagement and of money laundering" in connection with the 2018 and 2022 World Cups.
However, until now, much less has been revealed about the Swiss investigation than the inquiry being led by the FBI.
Mr Lauber told a news conference that the investigation was "huge and complex on many levels" and would take a long time.
"So far our investigative team obtained evidence concerning 104 banking relations (relationships between banks and clients). And, be aware that every banking relation represents several bank accounts," Mr Lauber said.
"We note positively that banks in Switzerland did fulfil their duties to file suspicious activity reports. Partly in addition to the 104 banking relations already known to the authorities, banks announced 53 suspicious banking relations via the anti-money-laundering framework of Switzerland."
Mr Lauber said he did not rule out interviews with Fifa president Sepp Blatter as part of his investigation.
Mr Blatter has denied any wrongdoing and announced earlier this month that he will resign.
Mr Lauber said his investigation was separate from that being carried out by the FBI and that documents and data would not be shared automatically with the US.
He added: "The world of football needs to be patient. By its nature, this investigation will take more than the legendary 90 minutes."