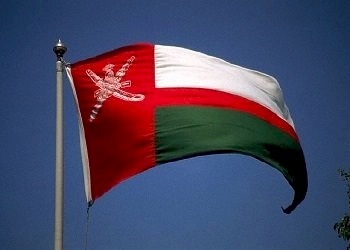 (Reuters) - A former Omani commerce minister was jailed for three years for corruption on Sunday, the most senior government figure to be convicted in a campaign against graft in the Gulf Arab state.

Mohammed bin Nasir Al-Khusaibi was found guilty by Muscat's Court of First Instance of paying bribes worth $1 million (594,580 pounds) to the ex-undersecretary of the Ministry of Transport and Communication for civil aviation to win a contract for the first phase of the Muscat International Airport.

Directors-general of some ministries and company executives have been among dozens of Omanis and expatriates convicted and jailed in a series of cases involving kickbacks for contracts awarded by state-run institutions since late last year.

Oman's Sultan Qaboos has waged an anti-graft campaign following protests in several Omani cities in 2011 that were largely directed against graft and unemployment, issues that fuelled uprisings around the Arab world in the same year.

Mohammed Al-Amri, who served as undersecretary of the Ministry of Transport and Communication, was jailed for three years, fined 1.2 million rials and barred from public office for 30 years.

Amri has denied receiving the money and pleaded not guilty. Khusaibi and Alaaiddin pleaded guilty and expressed remorse.

Khusaibi became commerce minister after the 2011 protests prompted a cabinet change, only to be replaced three days later.

He previously served as secretary-general of the National Economy Ministry.