Prostitutes and Payoffs: US Navy Rocked by Singapore Corruption Scandal 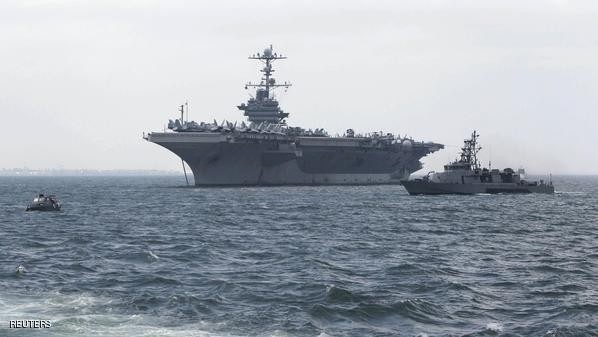 Washington. The US Navy is reeling from a bribery scandal featuring prostitutes and payoffs for classified details on fleet movements, amid concerns the spiraling investigation will ensnare more senior officers.

Three officers have been charged in recent weeks and two more are under scrutiny in a corruption case threatening to turn into one of the biggest scandals in the Navy’s history.

Officials acknowledge the full extent of the case has yet to be revealed and that other members from top echelons of the navy could have taken part in an alleged scheme to provide multi-million dollar ship service contracts to a Singapore-based firm.

“We believe that other naval officers, and perhaps some Navy civilians, may be implicated in this scandal,” Navy spokesman Admiral John Kirby said.

“We are going to let the investigation take us where it may,” he told AFP, declining to offer more details pending the outcome of the probe.

Officials say the case could rival the Tailhook sexual assault scandal that shook the Air Force in 1991 and focus a spotlight on recurring fraud linked to the Pentagon’s vast network of contractors.

The case centers around contracts to provide food, water, fuel, trash removal and other services to American ships visiting ports in Asia.

Prosecutors accuse Francis Leonard, CEO of Glenn Defense Marine Asia, of conspiring to bribe naval officers and officials with prostitutes, luxury travel and other perks to secure the contracts.

The Malaysian businessman, known as “Fat Leonard” by naval officers, allegedly persuaded the commanders to have their vessels visit ports served by his firm.

He also allegedly had moles in the navy’s investigative service, paid to inform him about criminal probes into his company’s dealings.

Leonard then bilked the navy, overcharging for services or fabricating expenses, sometimes with the knowledge of his partners in the military, authorities allege.

In return, Francis allegedly arranged female escorts, posh hotel rooms and even Lady Gaga concert tickets for officers visiting Singapore or Malaysia, according to the charges.

“Yummy . . . daddy like,” one officer, Commander Jose Luis Sanchez, allegedly wrote in a Facebook message after he was told in e-mails of the prostitutes on offer.

Sanchez, arrested last week, is accused of alerting Francis that officials were questioning more than $100,000 in expenses billed by his company for a port visit, according to the Washington Post.

Sanchez and others are also suspected of passing on classified details of ship movements and planned port visits to help the defense contractor.

In October 2011, Francis allegedly asked Sanchez to help him seal a deal for his firm to sell fuel to a US naval ship visiting a Thai port.

“Ask and you shall receive,” Sanchez emailed him back, according to prosecutors. “We worked this out this morning.”

The Navy purchased fuel from Glenn Defense Marine for one million dollars, more than twice the going market price, according to the allegations.

The Naval Criminal Investigative Service (NCIS) for years harbored suspicions about Francis but could not nail down enough evidence.

But he was lured to the United States in a sting operation, officials said, and arrested in San Diego in September.

And in a rare move, prosecutors have even charged a supervisory special agent in the NCIS in the case.

Among the naval officers charged is Commander Michael Vannak Khem Misiewicz, was best known previously for his background as a refugee from the Khmer Rouge regime in Cambodia and his adoption by an American woman.

Misiewicz’s emotional return to his native Cambodia as a naval officer was widely covered in the media.

But investigators allege that, while he was grabbing headlines, the officer was wooed by Francis to help his contractor firm.

The case comes despite vows by naval leaders to crack down on bribery and corruption after a 2001 scandal that involved kickbacks worth $10 million.

In that case, a naval civilian employee was accused of approving work for a contractor, which then funneled money back to him. As a result, officials set up a special panel to prevent future fraud.