Lebanon is too corrupt to care about its corruption 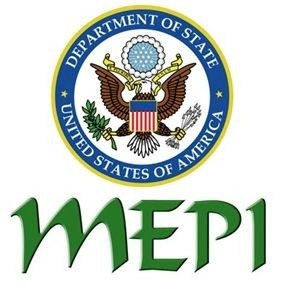 When it comes to Lebanese corruption, you have two types of person: hab-boob, someone who is harmless and decent (in other words too stupid to steal), and zakki, the clever one, who makes the most of any opportunities to feather his nest and for which he is quietly respected. It's sad, but there we have it.

o surprise then that the Lebanese Transparency Association last week reported that corruption in Lebanon was at an all-time high, with more than 60 per cent of the business owners it canvassed admitting that bribery was accepted as a fact of life and that they even knew the "fee" for documentation such as permits - construction is a particularly lucrative sideline for public officials - and other licenses.

Customs agents, politicians and members of the judiciary were cited as those most associated with graft, as were those civil servants responsible for ensuring food and drug safety.

The NGO's findings, which were reported in the local media, are unlikely to cause us to stop and think about how sunk in shame we have become. We live in a country in which children are often encouraged by idiot fathers to cheat in school, as long as they don't get caught. The zakki starts young in Lebanon.

Corruption has had an equally caustic effect on the notion of statehood and identity. For given the sense of violation from what passes for a country, many people, if they are being honest, would probably define themselves as being a member of a sect first and Lebanese second. The very fabric of our society has been eaten by the moths of corruption, nepotism and bribery. No one trusts the state.

Go to Mukhtara, the family seat of the Druze politician Walid Jumblatt, on any Saturday morning and you will see Lebanon's feudalism in rude health, as Walid Beyk - to give him his nom de guerre - is petitioned for favours ranging from operations, medication, education fees and jobs. It is a simple quid pro quo. Strings are pulled and political allegiance is ensured.

It is however a cottage industry compared to Hezbollah's massive welfare machine which takes care of health, education and other handouts paid for with an estimated US$500 million - no one is sure of the exact amount - from Iran and other wealthy Shia donors, mainly among the diaspora. In return for unflinching support, Hizbollah - arguably the most powerful political party in the country and which has never felt obliged to come up with its own blueprint for economic reform - has created an insulated economy and state within a state.

The late prime minister Rafiq Hariri also knew he needed to get a whole generation of largely Sunni Lebanese on side. To do this he used part of his huge fortune to build hospitals and create an educational foundation that has put thousands of needy children through college. When I came to Lebanon in 1991, my first job was as an English teacher to Hariri scholars. One boy came to his first class with no shoes and even less English. Ten years later I met him in the elevator at the American University Hospital where he was a doctor in the ER. To his family the son a superhero and I bet there is a photo of Hariri somewhere in the house.

On Election Day itself, in a country where there are no programmes and where no one is really held accountable to campaign promises anyway, everyone is for sale. At a grass roots level, the going rate for a vote among all sects is around $100 per person. At corporate level the price of support is considerably higher and may involve preferential legislation or the signing of lucrative contracts.

And what about those who fancy running for parliament but who don't have any political form? A seat is a big-ticket item. I am reliably informed that one MP Lebanon paid $2 million for his seat at the last polls and has hardly shown up for work since.

The amazing thing is that nobody really seems to care!