China, corruption and the court intrigues of Nanjing 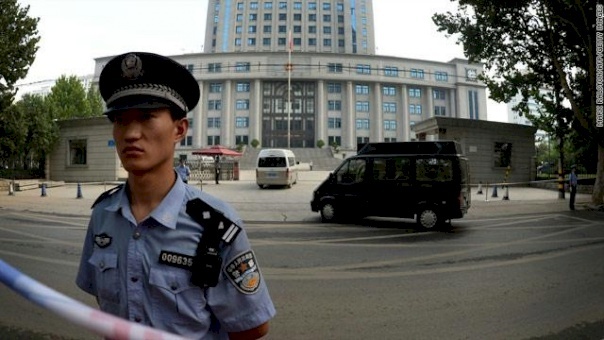 What really lay behind the sacking of Ji Jianye, mayor of one of China's largest and booming cities?

For much of the week, few locals in Nanjing knew what to say to a group of foreign journalists on an exchange visit organised to show a western audience life in a part of booming China that was neither Beijing or Shanghai.

The historians talked up the city's glorious past, the six dynasties it lived through as the pre-communist capital of China. Software engineers pointed to a glorious future as a clean new Silicon Valley, a city with two top-class universities and an abundant supply of graduates. It has to be said the smog was pretty persistent.

Together they waxed lyrical with a combination of genuine local pride at a city with modern infrastructure and confected party rhetoric. Brilliant achievements, social development and, that ubiquitous word, harmony featured large in their presentations.

There was just one elephant in the room. The day we arrived, Beijing announced Nanjing's mayor had been fired. The city's boss had become the latest target of President Xi Jinping's anti-corruption crusade. It was too late to cancel the visit. Everyone froze.

To have called the sacked mayor, Ji Jianye, a Mr Big was something of an understatement. In a city with a population the size of London and in a province with more people than Britain, the former mayor had a finger in every pie.

The trouble started when he began ripping up the city's beloved plane trees to build the underground. Two lines have been completed, seven more are under construction and four of them will be completed by next year. The breakneck pace of construction earned Ji the title of "the digger", and prompted a silent march of 3,000 people.

Then there were the motorways, the railway station (the biggest reportedly in Asia), the tower blocks bearing 82,000 flats. They sprout like mushrooms in the once-rural hinterland of the lush Yangtze delta. Every day the cranes swing and bulldozers clear another footprint for a high-rise block. Even by China's standards, the construction boom in this once sleepy walled city is frenetic.

So when the organisation department of the central committee of the Communist party of China announced that Ji had been fired for "suspected serious disciplinary violations", and when the People's Daily put the figure for the sum that Ji had allegedly embezzled by passing construction contracts to friends at 20m yuan ($3.3m), many here greeted the news with a wry grin. That could only have been a fraction of the sum involved. The CPC, they concluded, was once again sheltering one of its own.

News of Ji's removal triggered a wave of rumour on the internet: Ji had been arrogant; he had run city hall from a luxury hotel suite; he had a bad temper and hit his aides round the head with their briefing papers.

The pall cast over a man who had still to face any charges, let alone defend himself in a court of law, spread by osmosis to the projects he promoted. A dodgy venture to separate rainwater from sewage water, into which millions of yuan had been poured, was suspended.

But then people started asking other questions. Was Ji a rotten apple, was he different from the rest of the party elite, or had he simply lost political cover? The People's Daily said that investigations into Ji were connected to a parallel probe into the richest man in Suzhou in Jiangsu province, Zhu Xingliang. His construction company received many of Ji's contracts. Ji worked for eight years as mayor and party secretary in Yangzhou, which was Jiang Zemin's hometown. The former president and head of the party often used to return for a visit and Ji became one of Jiang's proteges.

Not long ago Jiang emerged from the shadows of his retirement praising Xi Jinping as an "extraordinarily capable and wise leader". Observers were at the time perplexed by Jiang's lavish praise for the princeling who had displaced him. They speculated that one motive for doing so was to shield Jiang's supporters from Xi's anti-corruption drive. If Ji does indeed belong to that group, we now know that Jiang's efforts were in vain.

The silence about Ji's fate was broken by his former boss, Nanjing party secretary Yang Weize. To the foreign journalists, it was clear that Yang was a man on the rise. He compared his own city to Boston, where his daughter and grandchildren live. He was unabashed by the comparison. He spoke with ease about the failings of the man who just one week ago had the same relationship to him as a prime minister has to a president.

Ji was responsible for the city budget and yet ,according to Yang, removing Ji was like removing a tumour from your body. At the time, the operation hurts, the cool party secretary explained, but then the body recovers and leads a healthy life: "The root of Mr Ji's corruption was that he let his personal interests prevail against the people's interests. We needed to remove this person from his position, which has been done."

The legacy of Ji's removal was a good one: "The rule of law has been established. Anyone who violates the law will be punished. This case will help improve the legal environment of the city. In the past, the fairness and justice of the market was affected by corruption, but now we will be able to build a fairer and better market governed by the rules of competition."

Yang dismissed any talk of a political coup. Political trials belonged, the city's party secretary maintained, to the era of the cultural revolution. But today that path "had been corrected". The party had its own disciplines and procedures and anyone who violated them knew what to expect.

Yang did not talk like a man who had anything to hide. He embellished the party line with his own metaphors and rhetorical swirls. Whatever battle had been waged behind the scenes in some luxury hotel where Ji was forced to write his confession, it was clear that Yang now represented the winning side. The people of Nanjing may never know what went on way over their heads. Their jobs, contracts, flats and, ultimately, freedom depends on keeping as far away from these court intrigues as they can.