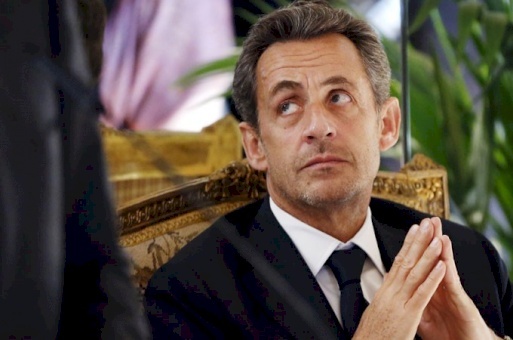 The judicial investigation does not specify any suspect by name and focuses on allegations of corruption, influence trafficking, forgery, abuse of public funds and money laundering, Agnes Thibault-Lecuivre, a spokeswoman with the Paris prosecutors' office, said on Friday.

The probe is based on claims by Lebanese businessman Ziad Takieddine during questioning by officials in December, she said.

Sarkozy is facing other scrutiny of judicial investigators over the financing of his 2007 campaign.

Last month, a Bordeaux judge filed preliminary charges against him over allegations that Sarkozy had illegally taken donations from France's richest woman in the 2007 election cycle.

Sarkozy has denied any wrongdoing.

A phone message left for Sarkozy's lawyer was not immediately returned on Friday.

The investigative news website Mediapart, which has broken news on a string of high-profile recent scandals in France, reported last year it had evidence that Gaddafi had offered campaign funds to Sarkozy.

Prosecutors began investigating the publication after Sarkozy filed a suit against Mediapart for "forgery'' and "publication of false news'' last year and the site's managers countersued for alleged slander.

Sarkozy had an up-and-down relationship with Gaddafi.

Early in his five-year tenure, Sarkozy invited the Libyan leader to France for a state visit, but he put France in a key position in the NATO-led airstrikes against Gaddafi's troops that helped rebel fighters topple his regime in 2011 as part of the Arab Spring uprisings.