Calls to reduce the costs of Palestinian security and combat corruption 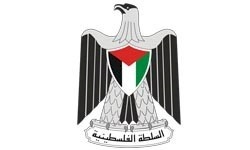 During a meeting with the Palestinian Authority's (PA) Minister of Finance, Dr Nabeel Kassis, representatives from the private sector, academics, businessmen, and economists called for the reduction of government spending and deficit in the 2013 budget.

The calls to decrease the PA deficit focused specifically on reducing the expenses and number of security services. According to data from the Ministry of Finance, security services expenses reached NIS 4.078 billion last year. Moreover, demands to combat corruption within the PA institutions were made, as well as switching to "renewable energy sources, which electric companies are refusing to utilize."

Samer Salameh, a department director in the Ministry of Labour, urged the government to "have the courage to open to scrutiny the portfolio and spending of the security services, which is draining about 31% of the government's budget and reduce its operational costs, which will save the PA much money." This proposal was supported by Chairman of the Palestine Capital Market Authority, Maher Al-Masri, Mahmoud Ziada, from the Labour Union, and Nassar Nassar, Director of Nassar Investment Company.

Salameh said "The existing political system plays a big role in the persistence of this deficit, which is linked to establishing a state under occupation, and not dealing with the issue of division as a priority toward resolving it, rather than managing it." This, he added, is also a major requirement for reducing the deficit.

In a related security development, Maher Al-Masri stressed that the countries who demand the presence of this huge security apparatus in the West Bank "should be asked by the Palestinian Authority to pay the expenses, which exceed $1 billion annually in salaries, operational and developmental expenses."

On his part, Samir Hulileh, CEO of PADICO Holding, noted that the problem is not only related to the salaries of public servants, which make up 57% of the total PA budget, "but also to the issue of unemployment which is increasing annually without the presence of job opportunities in both the private and public sector."

Regarding the cuts to government expenses, Hulileh said that spending cuts will be less harmful than increasing revenue by raising taxes. Moreover, the matter of combatting tax evasion is considered an outlet for the government to save money.

According to a study issued by the MAS Institute, tax evasion for 2011 reached nearly half a million dollars, an amount that should go to the PA's treasury annually.

Finance Minister Kassis assured the delegates that he would consider some of the proposals, pointing out that the budget must be prepared and finalized before the end of next March in order for it to be approved and ratified by President Abbas.

He pointed out that the number of monthly beneficiaries from PA salaries exceeded the number of public sector employees, which amount to 160,000 male and female employees. The government, he explained, allocates monthly salaries to more than this number since there are families of prisoners, martyrs, and staff working outside the country.