IN TIMES LIKE THESE, TRANSPARENCY MATTERS MORE THAN EVER 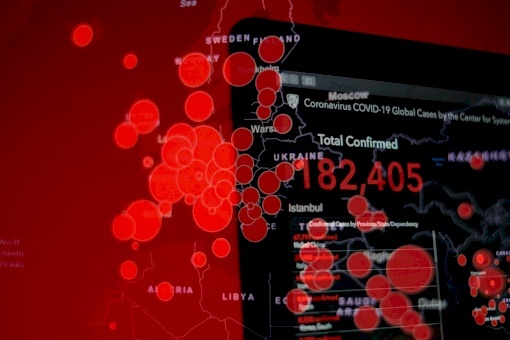 The COVID-19 pandemic demands swift global action. At the time of writing, 164 countries have been affected, more than 200,000 people have been infected and over 8,000 people have died. A growing number of countries have imposed limits on public life to contain the pandemic, restricting non-essential activities such as travel and social gatherings, and closing schools, offices, universities, and recreational spaces.

During crises like the outbreak of a deadly virus, the risk of corruption in healthcare is exacerbated by dramatically increased pressure on the system. Disruption, uncertainty and distraction contribute to an environment in which corrupt actors can take advantage of the crisis for their own benefit.

It is essential that transparency, openness and integrity are maintained and extended across the health sector. We have identified several critical anti-corruption measures, including the open publication of research into vaccines and treatments, the protection of whistleblowers in health systems and ensuring equal access to life-saving treatment.

However, the need for transparency and accountability goes beyond health systems themselves.

Many countries, regions and cities have declared states of emergency or invoked similar extraordinary powers in order to help prevent the spread of the virus by speeding up decision-making and the allocation of resources. This is important and often necessary.

However, the concentration of power should not, under any circumstances, lead to its abuse. It is vital that emergency powers are exercised only for the purposes for which they were granted.

Fundamental safeguards against corruption must never be weakened or disregarded, otherwise we risk undermining our efforts to serve the public good while the corrupt act with impunity. The Council of Europe states that essential protections to “rule of law, parliamentary oversight, independent judicial control, and effective domestic remedies, must be maintained even during a state of emergency.”

Yet with elections, meetings of parliament and other political activities now suspended over safety concerns in some countries, many normal oversight and accountability processes have been severely disrupted. Governments should therefore go to extra lengths to act with integrity and be open with the public. Access to information is key so that there can be accountability in the future for the decisions made now.

Examples from Serbia illustrate why this is important. President Aleksandar Vučić has spoken publicly about buying equipment with “no written procurement” adding, “you can prosecute me one day for providing respirators to the people.” While this particular purchase may have been in the public's best interest, if we accept the crisis as a reason to reject procurement rules and transparency, it will inevitably lead to corruption. Serbia's Prime Minister, meanwhile, has sowed confusion and raised concerns by falsely saying that the number of respirators in the country was a "state secret".

With massive stimulus packages to help economies recover from the impact of the pandemic already being discussed, the current crisis is also a reminder of the importance of transparency in how companies and industries lobby for public funds. Governments must provide reasoned justification for the choices they make to contain the pandemic and boost their economies, so that they secure the public's trust.

The media and civil society have an especially important role in providing the public with reliable, independent and up-to-date information during times of crisis. Responsible journalism and civil society expertise can help stop the spread of misinformation and thereby support public trust in government, which is key to effective crisis responses. These voices must be protected, and emergency powers must never be used to stifle freedom of the press. In Honduras, however, the constitutional article which protects freedom of expression, including journalistic freedom, has been revoked under a state of emergency related to COVID-19.

For most people affected by the pandemic, the main focus is on keeping ourselves, our families and our communities safe. However, we must also remain vigilant against threats to freedoms and justice in our societies during these extraordinary times.