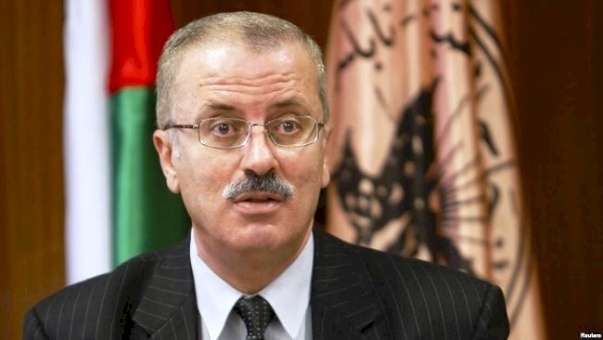 We the undersigned Palestinian NGOs have been following up with the uncontrollable violence of settlers and the escalating measures taken by the Israeli occupation authorities in Jerusalem and the entire occupied Palestinian territory.  Hence, we, the signatories of this statement call upon all official, popular, and civil institutions to dedicate all efforts in the defense of the security of the Palestinian people.  Measures and procedures should also be adopted which aim  to bring about national unity and support the steadfastness of the people until a sovereign and independent Palestinian State is realized. We, the NGOs mentioned, take our national role, which began in the first Intifada and has continued until today, with seriousness and pride in defending Palestinian citizens and representing victims, as well as in supporting the steadfastness of our people in combating settlement expansion and settler violence.  We also continue to support our people in Jerusalem in facing discriminatory measures taken against them by the occupation, and in calling for the prosecution of war criminals. We have continually supported and called for democracy, rule of law, transparency and integrity in Palestinian official institutions.

As it stands however, official measures and statements issued by the executive authority attempt to encroach and undermine our efforts, as part of this authority’s relentless quest to dominate our work and institutions. This in turn, will no doubt, reinforce the internal Palestinian division, and weaken respect of the rule of law, especially in the absence of accountability.

In light of the Prime Minister’s statement which cast doubt on the credibility and integrity of civil society institutionsby raising suspicions of corruption on the part of these organizations; we, the signatories of this statement, deplore this attitude of encroachment on the freedom of civil work and public freedoms (guaranteed by the constitution and international human rights).   It is especially surprising, since Palestine has recently signed several international covenants on securing human rights and basic freedoms, of which one specifically regards the establishment of NGOs, as to how serious the signing of these covenants was taken.

Moreover, this also comes in the context of previous decisions, draft laws, decrees, and decision issued by the President related to the work of civil society institutions (i.e.formation of special bodies or advisory committees). Such is in addition to, systemic amendments issued by the government headed by Dr. Hamdallah.  This is in the presence of and multiple official regulators tasked with overseeing NGOs and ensuring that administrative and financial performances are in line with the goals they were granted permission to operate within, which are as follows;

Accordingly, we the undersigned civil society organizations warn of: the manifestation of the predominance of the Executive Authority on other authorities, the absence of separation of powers and rule of law, and the excessive issuance of laws customized according to needs as a policy of the executive authority. Therefore, we stress on the following:

1- Palestinian civil society institutions have endured, and are still enduring, all their duties that are naturally intertwined with the Palestinian struggle and resistance against Israeli occupation.
2- The clarification issued by the Prime Minister’s Office regarding the statement is not sufficient, nor does it deny such a position. We therefore call on the Prime Minister to clarify his position in regard to the independence of civil society organizations and respect of their role at the national and societal levels.
3- Respect of the principle of rule of law, as stipulated in article 6 of the Palestinian Basic Law, which states: “The principle of the rule of law is the basis for governance in Palestine, where all authorities, bodies, institutions, individuals and commissions are subject to the law”, giving priority to the content of the law.
4- Regarding the principle of the rule of law; it is the duty of competent authority(ies), legally, to investigate any act of violation of the law, and to refer offenders, whether from official or civil institutions to the Palestinian judiciary in order to take the necessary legal actions against him/he, in accordance with standards and procedures of fair trials.
5- The withdrawal of the amended draft law for non-profit institutions no. 08 for 2015, which was to amend law for non-profit institutions no. 3 for 2010 (in response to legal violations detailed in previously written memos). Such is in addition to the suspension of any legislative amendments aimed at undermining the work of civil society organizations or their national role, or any consideration of issuing similar new legislation in that regard.
6- Openness for dialogue,in terms of the principle of national and community partnership, with all official institutions, in order to better define national priorities and as a means of achieving them.
7- No need to draft a new law; this is in regards to talk of drafting a new law to govern charitable organizations. There is no need since it does not carry the status of a constitutional necessity.
8- The need for all Palestinian institutions to work towards and promote national unity and make the steadfastness of the people their priority, as well as, to work towards achieving national reconciliation, hence ending the political divide.
9- The need to open an investigation by a body of parliamentary blocs in the PLC in to the Prime Minister’s incitement against Palestinian civil society organizations on grounds of corruption.
10- To ensure that information regarding the amount of funding received by Palestinian civil society is accurate, prior to disseminating it to the public and to media outlets.  Recently, there were many official statements (and consequent false media statements) which were inaccurate and contradictory in regards to amounts of funding received by civil society organizations. It is worth noting that any funding received is to meet the need of our people and to develop various sectors in cooperation and coordination with related government parties. We also do not see that we are in competition with the government in regards to funding.

Coalition for Accountability and Integrity (AMAN)